Jinseitte Uso Mitai, or Life is like a Lie, is the first 3-episode-chapter of the Yu Aoi WOWOW drama Camouflage (previously known as Aoi Yu x 4 Lies) which aired at the beginning of the year, and it’s already on DVD. Finally saw! WEEEE – I waited… what, 6 months??? And still haven’t finished ‘coz no one is translating, and my translator bailed on me… dunno where he is.

So I re-watched the three episodes last night, though the 3rd episode only had subs in the story and not on the introductions (in which the director and writer explain a bit), and the ending (where the photographer shows and explains the photos taken), so kinda missed some of the episode.

Chapter 1 tells the story of Chika-chan (Yu Aoi) who tells us Ryo-kun (her boyfriend) is dead, and we soon find out how. Probably a silly way to die as Chika-chan points out, she says she cannot feel sorry or sad for that stupid death, but she’s just blocking things out. Chika-chan also tries to avoid attending the funeral, and ends up running into a guy whose wife has just left him… when they both meet Chika-chan finally lets it go and begins taking in the news of Ryo-kun’s death. 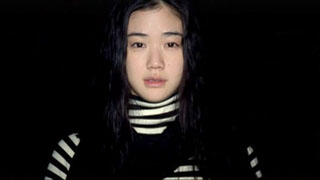 By the end of the episode, Marisa Shimamoto delivers a set of photograps titled Black Outfit, capturing Chika-chan’s emptiness, which is a lie. 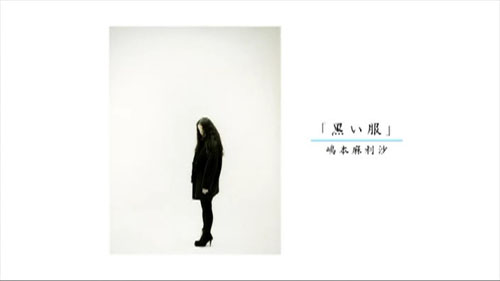 Episode 2 is probably set a few days later, and has Chika-chan dreaming about Ryo-kun. Normal life with him suddenly turns into wanting to escape reality and always wanting to be in this dream with him, as Chika-chan takes a pretty quantity of sleeping pills. She understands, but doesn’t want to when Ryo tells her she is alive, and has to eat real food, take real baths, sleep in real beds and continue living… 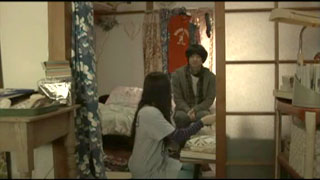 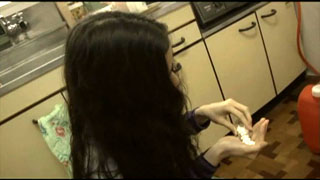 Marisa-san presents a new set of photos based on the theme of dreams, titled While She Is Sleeping. 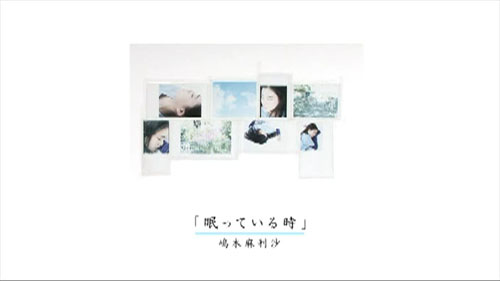 Finally, episode 3 follows Chika-chan a year after Ryo-kun’s accident, and has her receiving a short story written by Ryo and sent it by Ryo’s father. The book/script titled Neko no Yoru (Cat’s Night) is read and played out in a sort-of-Dogville-like-sequence, in which Chika’s apartment is turned into a stage, and the cat living in her place transforms into an ojii-san. LOVE IT. 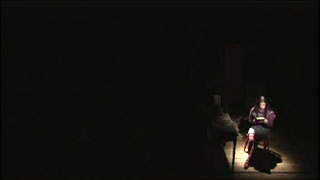 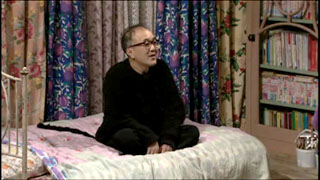 Her cat turned into him. Does anyone know his name? I’ve seen him in a couple of JDramas. *EDIT* Yoichi Nukumizu. 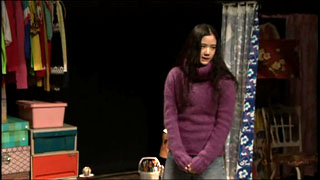 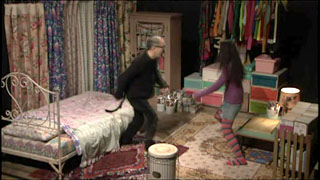 The cat is trying to get close to Chika-chan after she mentions he looks like those pervs from the train, but she escapes! xD

Marisa-san finally presents her third set titled Korekara (From Now On), and focuses on the theme of faces. 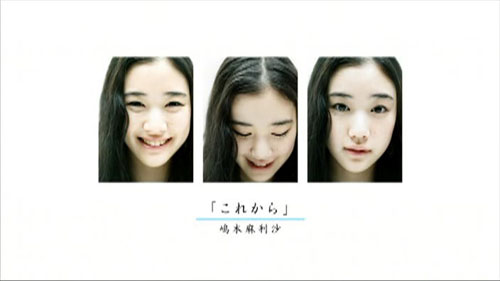 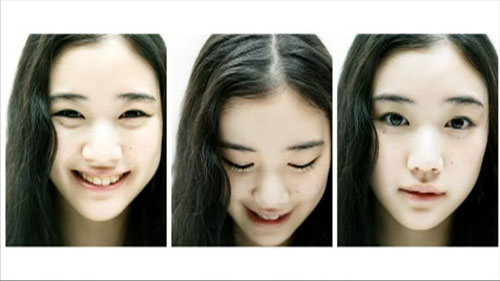