Chapter 3 — aka. ep7 through ep9 — is titled AKABANE San Shimai or The 3 Akabane Sisters, directed by director Nobuhiro Yamashita (Linda Linda Linda). The concept of this chapter is to tell the story of 3 sisters — Older and reliable Matsuko aka. Macchan aka. Matsu-nei (Shoko Ikezu), Takeko aka. Take-nei (Yoshimi Nozaki) , and free-spirited Umeko (Yu Aoi), who don’t always get along that well, but always makeup by the end, in the style of old comedy shows that last for several years. The first episode is actually the first ficticious episode of the show titled “Sayonara Okada Sensei” which has the sisters returning from the funeral of their old 6th grade teacher… who is now a ghost. 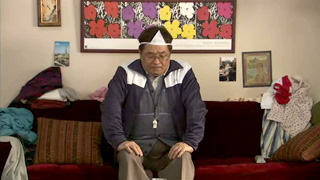 And I burst out laughing.

The more I watch the episode, the more it makes me laugh. Though, I am not sure what this episode have to do with the theme of lies, other than Umeko lying to get off work… oh, and maybe them talking about what they did during the funeral, like Umeko crying when she doesn’t really care about Sensei, Macchan being sad for it, and Take-nei’s smile because when people are sad, they smile LOL. Take-nei floored me on this one.

After the episode, a new photographer is presented to make a new set of photographs depicting the main topics of the chapter. This time around with Ryo Ohwada with 葬送 (Sousou) Burial Send-off. 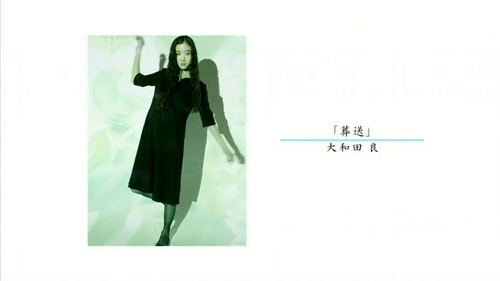 Yu Aoi, in her now familiar host-attire from the 60s or 70s, closes the episode with a quote from Claude Debussy stating “Art is the most beautiful deception of all.”

On episode 2 of The Three Akabane Sisters, Matsu-nei and Umeko decide to tell Takeko that she’s got different parents, therefore… she’s not really their sister. While Matsu-nei says she can’t pretend to be sisters with someone who isn’t, Umeko is wiling to stop being Matsu-nei’s younger sister, to be Takeko’s. It’s all very dramatic and very telenovela, which after repeated viewings gets very funny. It shows just how much they nail the acting in dramas.

After the surprise twist at the ending xD we are presented with Ryo Ohwada’s second photograph titled 血 (Chi) Blood, to represent the blood-relation between the sisters. 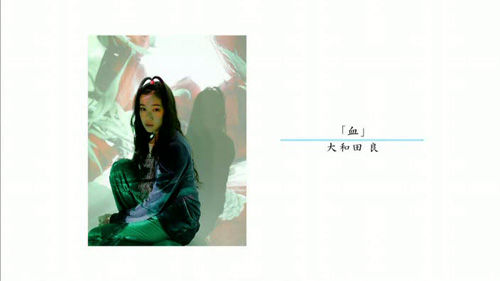 And Yu closes the 2nd episode with a quote by German philosopher Arthur Schopenhauer, which states that “If you have reason to suspect that a person is telling you a lie, look as though you believed every word he said. This will give him courage to go on; he will become more vehement in his assertions, and in the end betray himself.” This quote comes from the Schopenhauer book on Chapter 3, Section 41 – which also states that “if you perceive that a person is trying to conceal something from you, but with only partial success, look as though you did not believe him, This opposition on your part will provoke him into leading out his reserve of truth and bringing the whole force of it to bear upon your incredulity.”

You should give it a read, as it is quite fascinating.

It’s bizarre, like from another dimension, to listen to Umeko talk about what not being a virgin means, to then have Takeko blurting out that “not having hymen means you’re not a virgin” – Japanese is a complicated language, it seems. Then Matsuko, feeling all confused, asks her sisters the reason they have sex… and while Umeko tries to explain that she does to re-affirm the relationship… Takeko just tells her that she does because it feels good. Ahh… Takeko is the voice of truth in here, I think. xD

By the end of the episode, Ryo Ohwada introduces his last photograph simply titled SEX. 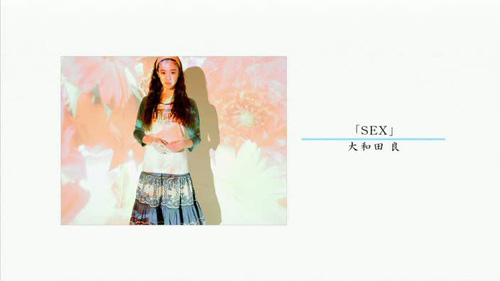 Finally, Yu closes this chapter with a quote that I haven’t been able to confirm by some philosopher named Alan — the only result I got from that search was for Alan Watts, who focused a lot of his musings on Eastern philosophy. Anyway SOME Alan philosopher guy said something like “If a liar always lies, that’s wonderful.” My only understanding of a liar who always lies is wonderful, it’s because that means he tells the truth? xD Or that if a liar always lies, you can always tell he’s lying… therefore, no deception?

What did you think of the episodes?