Long post, spoiling the love part and some politics, so if you don’t wish spoiling, don’t read after the break. Well, you’ve been warned~~

Anyway, I made it! I woke up at 6am just to watch Ep50 of Atsu-Hime in Jap sans subs, hence me not really knowing what was going. But I did okay, I think… Yes, Amy cried. Less than expected though! xD

I saw it twice, actually… on the repeat at 1pm, and took some photos of my crappy tv reception.

So it happened! Naogoro died! And that scene of Tenshoin-sama (Atsu-Hime) reacting to it got me. That is how you react to someone you love dying… hence my thinking that Atsu-Hime (in the series) was love daft, like a certain spectacled-boy-wizard… tsk tsk. 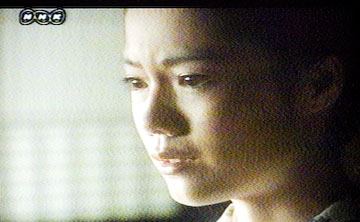 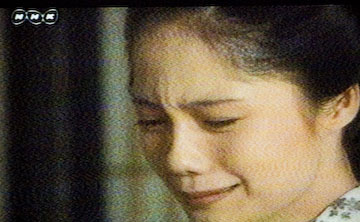 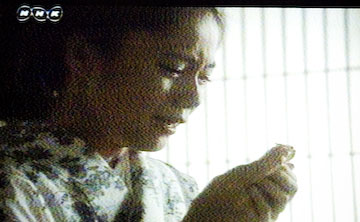 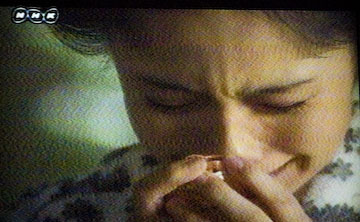 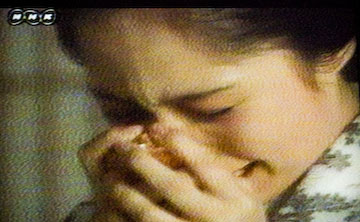 Even looking at that last image makes me a little sad. The Omamori, man! That DAMN Omamori… which they also showed in the interview on Friday. LOL’ For the Atsu-un-initiated… I believe the Omamori is a big biggie on the series and the relationship between Atsu-Hime and Naogoro. I mean, it’s obvious, coz it’s everywhere…

Harmony, I tell you Julz~~ xD

Okay, so Atsu-Hime and Naogoro were born pretty close in date, and the Lord of the clan gave both of their families an Omamori to commemorate the birth of the babies. Atsu’s dad got the pink, and Naogoro’s dad got the blue, but Atsu’s dad wanted a boy so him being higher ranking than Naogoro’s dad switched Omamoris~~~ but you know, Atsu (Okatsu by that time) was born a girl with a blue Omamori, and Naogoro was born a boy with a pink Omamori.

Years later, when they’re bigger kids, they meet again (look at this clip), he notices the same Omamori he’s got… one thing leads to another, and Atsu gets him to play Go with her. LOL While ‘trying’ to play Go, Naogoro finally tells her about the Omamori… 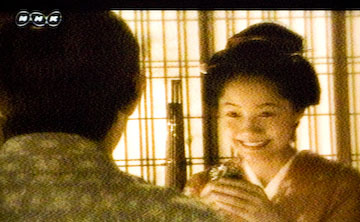 Okatsu (later known as Atsu-Hime) points out to Naogoro that they’ve been bonded even before being born. 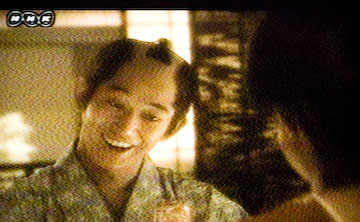 Later on when Atsu-Hime tells him she wants to marry “the best man in Japan” and Naogoro realizes that he’s in love with her, and he asks her dad for her hand, but later Nariakira-sama (the clan’s head) asks to adopt her… yeah, all that~~~ and Naogoro just decides to not tell her anything, and let her go freely. They exchange Omamoris… 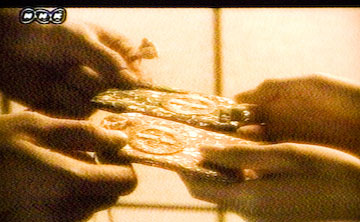 So, in fact, throughout the majority of the story… Atsu-Hime has Naogoro’s Omamori, and he has hers. And the fact that they look at those quite often… *sighs* Once she is leaving Satsuma (their hometown), he shows up in the street to bid her goodbye. 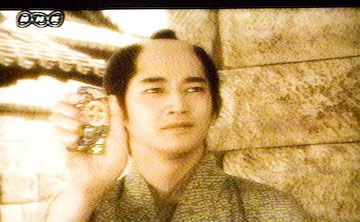 Naogoro shows her he has her Omamori. – I always thought it felt like “I’ve got you.” 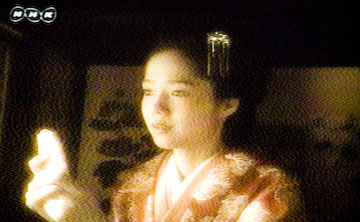 And this one felt like “And I’ve got you.”

Anyway, Naogoro later told her adoptive father that he was in love with her, so Nariakira-sama just blurted it out and asked Atsu-Hime if she ever saw Naogoro as a man, which she sorta replied “wha- who? what are you saying?” LOL xD So she went off to marry the Shogun, and Naogoro tried following… only to be stopped by fate and politics and stuff… he was sent back to Satsuma… become a lord and marry Chika (who also knew Atsu-Hime, and I will talk more on her later).

Years went by… 7 years? after their last meeting playing Go, but every time they met and played Go just like old times… they would do this: 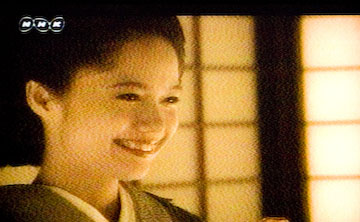 Actually, this is a below crappy capture coz you can’t really see the Omamori there. HA! 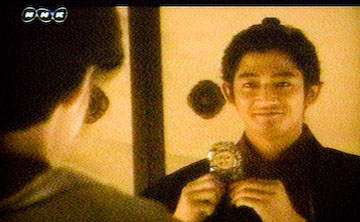 But you get the idea with this, right? – This is the last time they ever met. TT

She later finds out that he’s fallen ill, and begins praying for him. 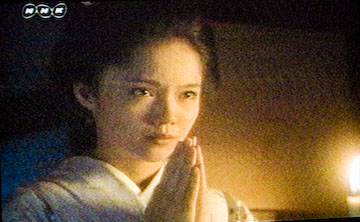 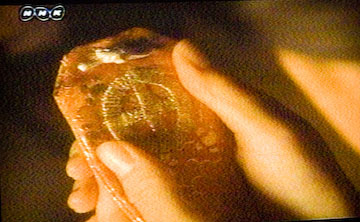 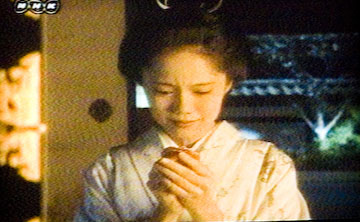 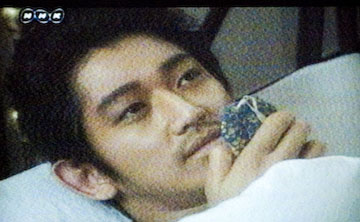 ‘Til my dying day…

During the episode, Atsu-Hime also met with her birth mother, and brother… after many years. I felt it was an emotive scene, and I actually this is the scene I understood the most. LOL’ 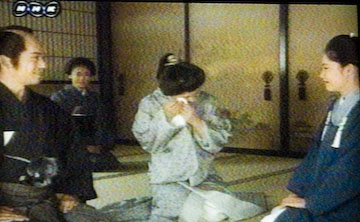 Atsu-hime’s brother, her lady attendant at Nariakira’s, and her mother.

Okay, I promised talking about Chika. I never thought ill of Chika, I thought she was good for Naogoro, and I felt sad for her because he was so very emotionally attached to Atsu-hime. But on his deathbed, he tells her he was happy with her… can you imagine? being with someone all those years and never knowing if you’re the one that can make him/her happy? 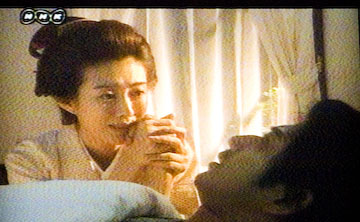 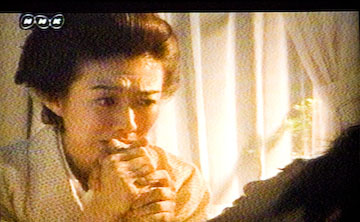 Tatewaki telling Chika that he had a happy life. 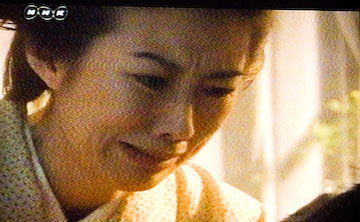