To Watch Until They’35 – Joseph Gordon-Levitt

Yay! We’re getting closer and closer on the #1 actor (and actress) between the ages of 25-30 that we should keep an eye out for until they turn 35. Before naming our top spots, however, we will talk about some of the names that didn’t make the lists for one reason or another~~~

In the meantime, on the #2 spot of our list of actors to Watch, none other than Joseph Gordon-Levitt 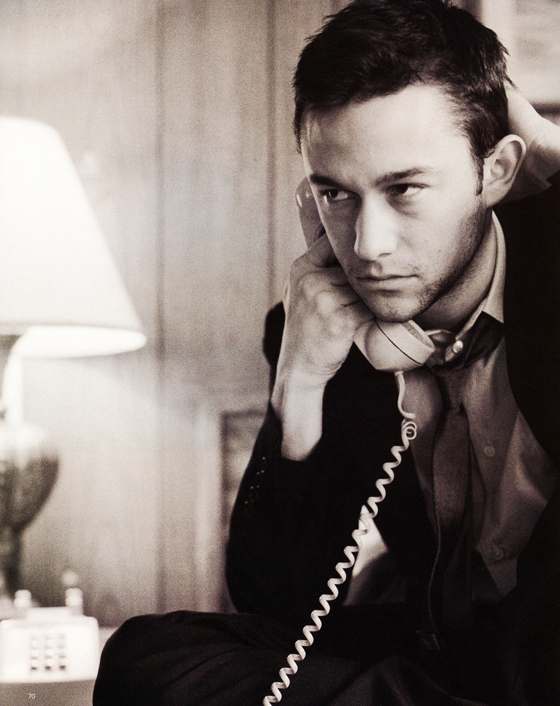 Born in Los Angeles, California, on February 17th 1981, this 29-year-old actor is best known for playing Tom Hansen on last year’s indie favorite (500) Days of Summer. However, he probably shot to pop culture fame for playing Tommy Solomon on the show 3rd Rock from the Sun through 1996-2001.

Discovered at an early age, Gordon-Levitt started acting on commercials, series and made-for-tv films. He could be seen in a couple of episodes of Family Ties (Michael J. Fox), as well as Dark Shadows, until he made his big screen debut in 1992 with role as extra on Beethoven (his character was “Student #1”). Later that same year, he played the role of Young Norman on A River Runs Through It by Robert Redford, starring Brad Pitt. The following years, he would continue his work on television with roles on The Powers that Be, Roseanne, and a guest appearance on Dr. Quinn, Medicine Woman.

It was finally in 1996 when he was offered the role of Tommy Solomon, an extraterrestrial pretending to be a teen alongside John Lithgow, Kristen Johnston and French Stewart… his alien family on Earth. Suddenly, he was a heartthrob appearing on teen magazines and being treated like a celebrity. In 1999, Gordon-Levitt was offered one of the male leads on the Shakespeare teen comedy 10 Things I Hate About You alongside Heath Ledger, Julia Stiles and Larisa Oleynik. He also participated on the Disney animated film Treasure Planet, and finally on Manic with Don Cheadle.

Sometime around the end of 3rd Rock from the Sun, Gordon-Levitt decided to quite acting and enrolled in university, only to drop out in 2004 to focus on acting again. However, he made a conscious decision to “be in good movies” so since then, he’s appeared in a string of underrated independent films, including Mysterious Skin in which he plays a gay prostitute victim of sexual abuse, and Brick by Rian Johnson (The Brothers Bloom). He even co-starred on the terribly received Havoc alongside fellow the 20 to Watch Anne Hathaway, and Shadowboxer by Lee Daniels (Precious) starring alongside Cuba Gooding Jr., Helen Mirren, and Mo’Nique.

In 2009, Gordon-Levitt was nominated for a Golden Globe, and an Independent Spirit Award for Male Lead for his participation on (500) Days of Summer, which was wildly received by critics. And he tried his luck on a film with more commercial flare when he played Cobra Commander on the live-action adaptation of G.I. Joe: The Rise of the Cobra alongside Sienna Miller, Dennis Quaid and Byung-hun Lee.

What’s coming up for him this year? How about Hesher by Spencer Susser, starring next to fellow the 20 to Watch Natalie Portman, as well as Elektra Luxx starring Carla Gugino and Malin Åkerman, and Inception by Christopher Nolan (The Dark Knight) alongside Leonardo DiCaprio, Ken Watanabe, Marion Cotillard, Michael Caine and fellow the 20 to Watch Ellen Page.

Top it all of with a series of animated shorts, Morgan M. Morgansen’s Date with Destiny and Morgan and Destiny’s Eleventeeth Date, directed by Gordon-Levitt himself… and well, we’re sold!