In some recent posts on Jezebel and AfterEllen, they argued the yays and nays.

The other side says lesbians can be promiscuous… which some argue means the same as slut. But if you think about it, different words have different connotations… even if they seem similar. 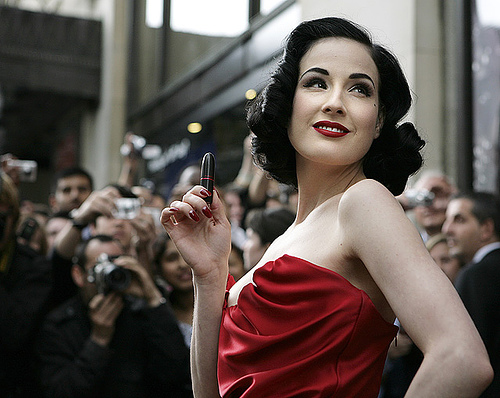 So being a burlesque dancer, a stripper, a companion, an escort, etc. doesn’t make you a slut. Your attitude is what makes the difference between a slut or not, while sleeping around makes the difference between being promiscuous or not. Not that I accept being promiscuous… though, you know… I love Shane, but that’s only because she’s such a good pal to everyone. I can be friends with someone who sleeps around, but I don’t think I could date someone like that. In theory, I’m up for an open relationship… in practice, I dunno.

I ran into this post in Japanese talking about something about a The L Word London/British BBC remake version (?), and the poster asked herself who she would cast in a Japanese remake of The L Word… or something like that. You know, you should always take my translations with a grain of salt. xD

As Bette Porter: Yuki Amami
As Tina Kennard: Yuriko Ishida
As Alice Pieszecki: Miho Kanno
As Dana Fairbanks: Rinka
As Lara Perkins: Karina Nose (?)
As Jenny Schecter: Yu Aoi <- I “WHAT” at this one xD
As Marina Ferrer: Sachie Hara
As Shane McCutcheon: Kou Shibasaki <- OMG I laughed at this one, actually snorted.
As Carmen de la Pica Morales: MEISA Kuroki
As Eva Torres (aka. Papi): Anna Tsuchiya <- I burst out laughing ‘coz I can picture it.
As Helena Peabody: Yuki Matsushita

First thoughts? It would be actually kind of exciting… considering Jenny was often described as “the main character” on the show, that would mean Yu on a new show xD and… no disrespect to Mia Kirshner and her Jenny, but OMG… how much I wanted to hit Jenny in the face. LOL She was… exasperating. So in that sense, I would like to see if Yu could make me want to punch her in the face with her Jenny, or if the Japanese writers (and Yu’s new interpretation) would be able to make me sympathetic towards her.

And if by any chance it gets remade… well, I doubt any Japanese network would be able to get away with all the smut, so all the smut would have to be implied. I don’t have a problem with that, as I actually think that all the smut took away from whatever little you could salvage from the telenovela.

*sighs* I haven’t talk about The L Word since it ended… unless you count the Shane posts xD And talking about Shane… how about Kou Shibasaki as her? I don’t know man… Shane’s like iconic. LOL It’s like you say “Shane” and people should know, you know? Could Shibasaki play suave? I don’t know any actress that could pull of Shane’s player attitude.

And since we’re talking about players… how about Papi. You know why I laughed with the suggestion of Tsuchiya. Because I was reminded the time I was watching Kamikaze Girls with a friend, and Anna Tsuchiya, playing Ichigo, was on screen with Momoko (played by Kyoko Fukada) and my friend literally “She’s sooooo cool” and then she turned around and asked me whether Kamikaze Girls was a gay film. Hence, I can picture Tsuchiya playing Papi.

I need a little Shane today~

Three Rivers is showing its first ep next week down here,
and I needed to see Kate Moennig xD 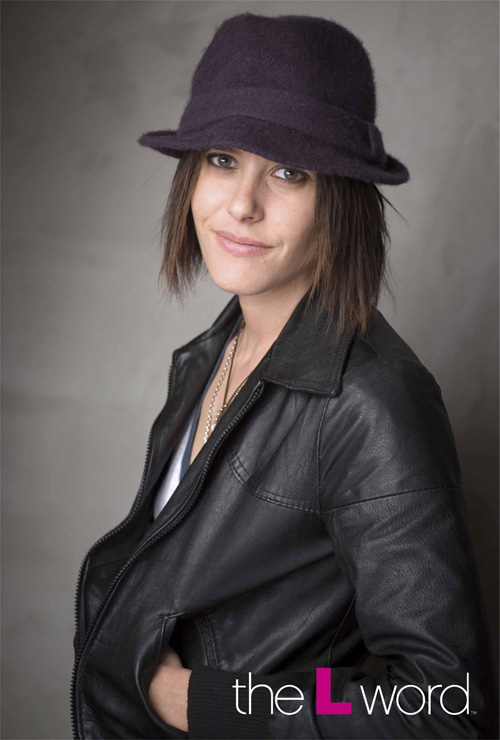 END_OF_DOCUMENT_TOKEN_TO_BE_REPLACED

Did you read the Advocate interview she did?? I just died laughing with this quote…

Who’s the most important gay person in your life now?
Shane from The L Word. She just can’t get her shit together. She’s a broken bird, and she needs someone to fix her. Just when you think she’s ready for love, she sabotages it. And the woman gives a rock ’n’ roll haircut. [Laughs]

… I like children to have nice manners and a lot of boundaries. My hope for my children is that they’re happy, and my hope for myself is that people want to be around my children.

*sighs* where ARE those kind of mothers these days???

It was sort of nice meeting you.

Spoilers did their work on just not hyping it up, but still the final episode was pretty bleh. And Sholly… Sholly has been forever tainted with Jenny’s *disease* LOL. I blame it all on the rumor of Hollywood Ebola. HAHAHA, ‘coz Julz knows that Hollywood Ebola’s disease is so powerful, that even a rumor can infect you.

Anyway, as a goodbye to Sholly, I did a little funny.
END_OF_DOCUMENT_TOKEN_TO_BE_REPLACED