Well, The L Word does a shitty job at keeping things quiet. LOL

Spoilers and rumors are already making their rounds on the net… wouldn’t be surprised to find a whole episode posted online. Of course, this is a spoiler post, so stopped reading if you have to.

I think it’s pretty wildly known that Jenny dies. If you didn’t know, and didn’t want to know – I warned you. Anyway… really? Jenny dies? Yup, it’s on the two-minute clip that Showtime released a few days ago…

And Xena… I mean, Lucy Lawless is the cop/investigator/sargent or whatever in charge of the investigation… yes, someone is smelling foulplay. Thing is… this is not CSI. Maybe they shoulda brought Grissom xD – but let’s think about it, Jenny probably killed herself. And if the spoilers I foudn online are any indication… she probably did.

Let’s talk about the elephant in the room… Jenny and Shane on the promo poster I found. That was like SHOOT ME NOW. LOL’ – I mean, I can see how Jenny and Shane would sort of be… they’ve been friends, roomates… they’ve slept with each other’s exes. You know? They’re really tight. LOL – My point is not that I don’t like the whole best-friends-turned-lovers because people know that I do. The fact isn’t that I always disliked Jenny’s persona, and I’ve always been drawn to Shane… no, it’s not that either. Let’s face it, those two are fucked up. Mentally. That in itself wouldn’t work… which is probably why Jenny is dead anyway.

You see… Jenny and Shane as friends are there for each other. When there was heartbreak, they would talk to each other and bent… but what happens when the heartbreak comes from one of them? Who do they bent with? Shane probably would go off to the next meaningless shag, but Jenny… well, you know.

Plus, The L Word is a drama… they can’t give away Shane and Jenny on a poster when they are supposed to last until the end of the show.

Then there’s the thing with Molly. Clementine Ford is set to appear in some episodes (not sure how many), but the fact is that she’s in. There’s only 8 episodes to watch this season… so even if it’s only 3 episodes, I think it’s plenty. 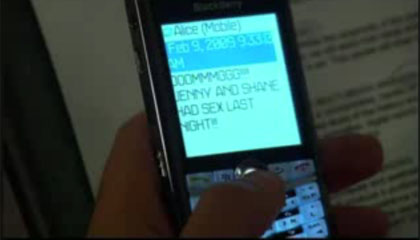 and Bette… well, her reaction was just funny. 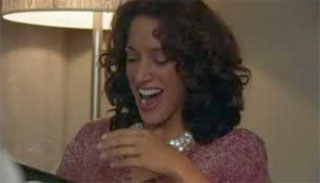 Don’t forget… it goes in a sequence… xD 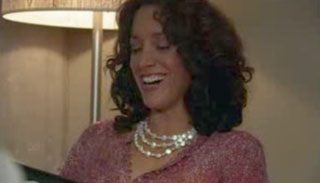 and laugh is over… xD

Rumor has it that Molly tries to reconnect with Shane or something.

However, Molly tries to get to Shane through Jenny, which doesn’t work with Jenny. She hides it, and Shane finds out, and then apparently BOOM. You believe? I do. I believe Jenny could hide information from Shane for her benefit… not so thrilled with the fact that Shane doesn’t go after Molly. If she does, cool… but if these rumors (some come with screencaps) are true, it will be a pretty bleh final season, and a short one too.

Anyway, in case I made no sense… rumor has it that Shane ends up with Molly. You believe? Makes sense… what do you think of Jenny and Shane being used as red herring? anvils? I hate those… – I think that if they’ve spoiled you so early (a month to the premier), there must be something off with it.