To Watch Until They’re 35 – Ryan Gosling

And it’s time to finally complete the list of the 20 to Watch Between 25-30 Until They’re 35! And somehow I feel like this is a total lackluster surprise, since you know… I love Gosling. 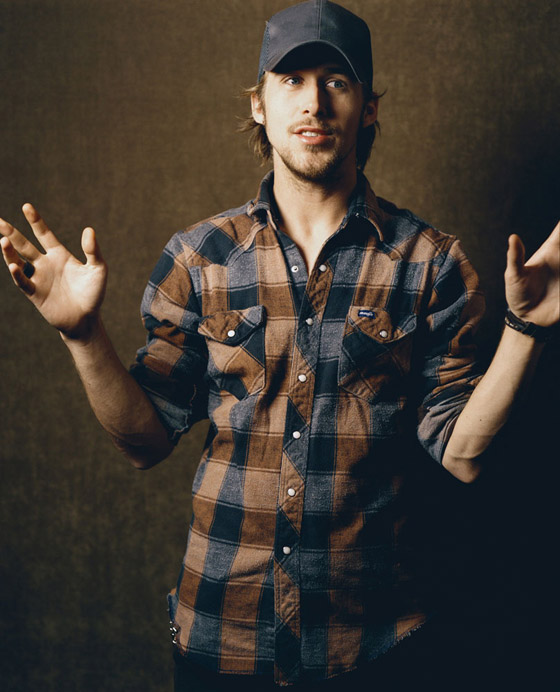 Born in London, Ontario, Canada on November 12th 1980, this 29-year-old actor is best known for playing Noah on the Nicholas Sparks’ tear-jerker romance movie The Notebook. He was also nominated for an Oscar for starring as Dan Dunne on the film Half Nelson.

Gosling began his career on the small screen, guest-starring on youth-oriented Canadian television programs such as Are You Afraid of the Dark?, Ready or Not, Goosebumps, and The Adventures of Shirley Holmes. Two years later, he was starring on his very own show as Hercules on Young Hercules.

In 2000, he participated on Remember the Titans starring Denzel Washington, but he soon moved to starring roles with The Believer, which earned him his first nomination at the Indie Spirit Awards, a Best Foreign Actor by the Russian Film Critics Guild, and a Most Promising Performer by the Chicago Film Critics. The following year, Gosling also co-starred with Michael Pitt and Ben Chaplin on Sandra Bullock’s Murder by Numbers. Incidentally, the making of the film ignited a romance with Bullock… which is, you know – pretty Hollywood.

In 2003, Ryan starred as Leland on The United States of Leland alongside Don Cheadle, Lena Olin, Kevin Spacey, fellow the 20 to Watch Michelle Williams, and fellow who didn’t make it Jena Malone. It was just a short time before he burst into the pop culture scene as Noah on The Notebook with then-real-life girlfriend, Rachel McAdams.

Instead of going the commercial route, Gosling kept away from romantic leads, and participated on Stay by Marc Foster, who had previously directed Monster’s Ball (which won Halle Berry her Oscar), and Finding Neverland (which earned Johnny Depp his 2nd Oscar nod). Stay also starred Ewan McGregor and Naomi Watts. In 2006, Gosling starred on the indie film Half Nelson, for which he won Best Male Lead at the Indie Spirits Award, and a Male Breakthrough Performance by the National Board of Review, and earned him his first Oscar and Screen Actors Guild nominations, plus a bunch of other critics and film fest awards.

A year later, in 2007, Gosling share the big screen with Sir Anthony Hopkins on Fracture, and participated on the indie Lars and the Real Girl alongside Emily Mortimer, and Patricia Clarkson. The role earned Gosling his first Golden Globe nomination for Best Actor in a Comedy/Musical, as well as a 2nd nomination for Best Actor at the Screen Actors Guild. After that, Gosling took a break from acting to release music with the band Dead Man’s Bones. The band released two singles — with their respective music videos — a self-titled debut album, and toured North America.

Yes, we can’t wait to see him making breakfast while singing Springsteen’s I’m on Fire… without his shirt. Also, I am dying to see Blue Valentine. Yes, talent is so hot~