To Watch Until They’re 35 – Michelle Williams

Moving on with our list of the 20 to Watch, placing on #8 is none other than Michelle Williams. I mean, who would have thought that troublemaker Jen Lindley, ex and friend of Dawson Leery in that show about high school days during my school years, would end up where she is now. 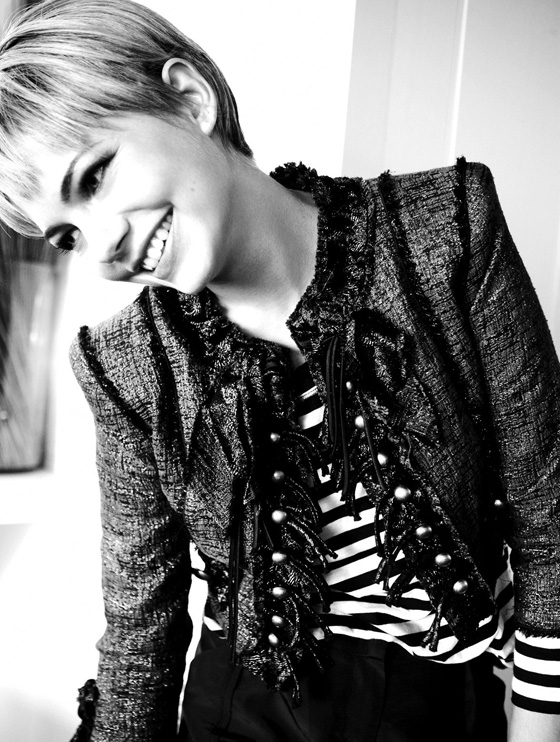 Born in Montana, USA on September 9th 1980, this 29-year-old actress established herself as this generation’s new talented Hollywood in 2005 when she participated in Ang Lee’s critical-acclaimed film Brokeback Mountain. She wasn’t only nominated for an Oscar (and other awards) for Best Supporting Actress in that film, but she also met the father of her child, Heath Ledger and Mathilda’s — we’re all family here, right? — godfather, Jake Gyllenhaal. Obviously, Brokeback Mountain changed Williams’ life professionally and personally… and that is basically what every Hollywood legend has gone through in their lifetime.

Like any young starlet, Williams started out with small appearances on shows like Baywatch, Lassie and Step by Step, when in the late 90’s she shot to teen pop culture stardom on The WB’s Dawson’s Creek, which ended in 2003 after more than 100 episodes. While everyone was thinking about the future of the idols now that they were grown up, Williams made appearances in films like The United States of Leland alongside Don Cheadle, Kevin Spacey, Lena Olin, Jena Malone and Ryan Gosling, as well as the acclaimed film The Station Agent written and directed by Tom McCarthy alongside Patricia Clarkson.

She followed that up with smaller films like Imaginary Heroes with Jeff Daniels, Sigourney Weaver and 20 to Watch fellow Emile Hirsch, and starred in the even smaller Land of Plenty, for which she earned her first Indie Spirit nomination for Best Female Lead. After her Best Supporting Actress nomination at the Academy Awards for Brokeback, Williams decided to be part of the film I’m Not There alongside 20 to Watch fellow Ben Whishaw.

By the year 2008, she had decided to participate in the independent films Wendy and Lucy, which was well-received by critic circles and earned Williams her second nomination for Best Female Lead at the Indie Spirits, as well as Synecdoche, New York the directorial debut of scriptwriter Charlie Kaufman, alongside the likes of Philip Seymour Hoffman, Samantha Morton, Hope Davis and Jennifer Jason Leigh — they all, by the way, won the Robert Altman Award at the Indie Spirits.

The impressive filmography doesn’t end there, as Williams next film was Mammoth written and directed by Lukas Moodysson (Fucking Åmål), and also starred Gael Garcia Bernal… topping it all off with this year’s Blue Valentine fresh off great buzz from Sundance alongside Ryan Gosling. Add to that Shutter Island by Martin Scorsese… no Scorsese film, as bad as some could be, would be a real negative on anyone’s resume, right?

Next up for her? Well, how about a project written and directed by Sarah Polley? I’m talking about the romantic comedy [non-negative connotation] Take this Waltz. Following that up? Possibly, The Emperor’s Children by pseudo indie fave Noah Baumbach — fresh off with the Greenberg buzz. Yeah? Worth another 5 years watching her, right?

Woah, could this write-up be a little girl-crush right there? xD