Is this a movie announcement?

Certainly feels like it, and turns out it’s just been published a few hours ago in a few blogs. According to this blog, and My First Gossip Blog. We’ve got info! YAY!

It opens with Aoi Yu in the 1930s who had her doubt in being married to the man decided by her parents. On the wedding ceremony, she escaped. 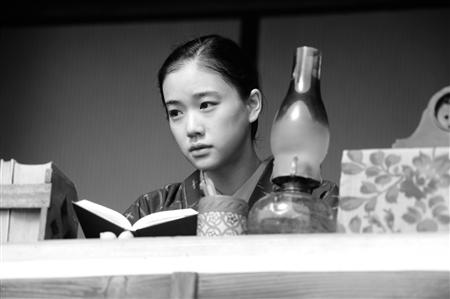 It was observed also, that the cast reminded one strangely of TSUBAKI CMs, where many beautiful actresses (Nakama Yukie notably included) are featured to reflect the “beauty of Japan”. Given these tropes of familiarity, there has been talk of a tie-up between the movie and a new TSUBAKI CM campaign.

You know those Tsubaki CMs? I don’t know how I would feel to actually have a movie so tied into a product commercial. For sure, it will be taking product placement to a whole new level. Crazy level.

As for myself, I don’t know how to feel about this film. I’m excited to get another film, no wonder why Yu released no projects last year… apparently this was shot from April through October. But who else is involved? Director, writer… those are important too, you know?

Also, will she be in Black and White all the time? xD I wanna see 1930s Yu xD

3 responses to Yu Aoi for FLOWERS