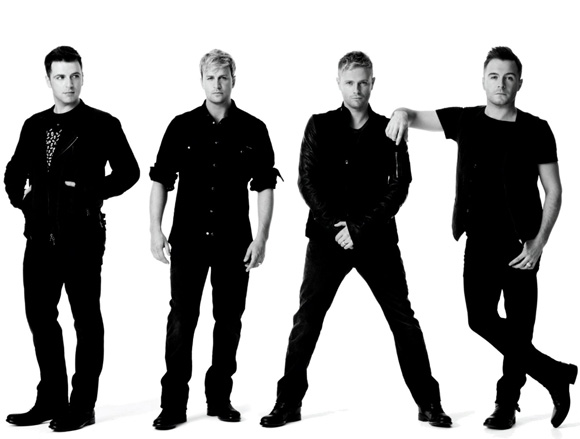 I find it strange that I got to find out Westlife is splitting up while on Weibo. I don’t know if that says how much I spend time there now, or if that only means I don’t follow the guys on Facebook or how much they matter or Twitter.

Anyway, Westlife going their separate ways after years… and years… feels weird as if I hadn’t been paying attention to this pop side of my life I used to have. My story with the band is a rather interesting one that started with a communication class group assignment where we had to make our very own radio show.

You can say I started my very first podcast back in the late 90s.

The only thing was that it wasn’t a digital recording, and the assignment was handed out on tape. xD

One of the sections on the radio show we made was of new music, which I was in charge of besides the Top10 songs, and the editing of the whole show. Because I’ve always been like this. LOL

In the new music segment, I introduced two groups… who were known or were going to be known for singing covers of ‘older’ pop songs. One of them was A*Teens, who made their debut an ABBA extravaganza that… is not bad really. I still listen to that album and I guiltily know the dances to their Mamma Mia and Super Trouper numbers.

The other group was Westlife, who throughout the years of their pop music career would cover an array of songs from Extreme’s More than Words, Terry Jack’s Seasons in the Sun (which in turn is an English version of Jacques Brel’s Le Moribond), as well as ABBA, Phil Collins, Billy Joel, Sarah McLachlan, Barry Manilow, The Eagles, Michael Buble, Lonestar and more… They even released their Allow Us to be Frank album which was an all-cover album featuring covers of songs from Nat King Cole, Frank Sinatra, Louis Armstrong and Tony Bennett.

That’s… a lot of cover music.

Anyway, I’ve always taken these choices in music like a way to give attention and give homage to music some people may not pay much attention too. If we take demographics into consideration, Westlife was introducing older songs to an audience that may not have paid attention to these songs. Plus, my dad agrees. He actually appreciates them singing covers of those songs.

If my dad says so, it must be true.

I still can’t make up a reason for covering newer songs though, so don’t ask me about how I can make excuses for them ever singing Hoobastank’s The Reason — which in its own got overplayed on radios around the world.

In turn, after thirteen years of being together… as active as (or maybe even more than) any of the other boybands that ever made it to stages but split or took long breaks — I’m talking BackStreet Boys and NSYNC here — the guys of Westlife are finally saying goodbye. At least for now. From what I could gather, their contract is up so they’re taking the time to do their thing… which may very well mean that they’re getting back together again…

But as of now, Westlife is saying goodbye with their latest Greatest Hits album and one last (World) Tour – and by world, I hope they mean outside of Europe. I know they’ve been to Venezuela before, and I have a bug to see them perform — after all, if they’ve performed with Leehom… ;O