May 16th is the date. Remember that. This should’ve been posted that day, but I’m way to giddy to wait. It’s taken me a long time to sit down and look back at years of archives to update this entry, but I suppose it still beats trying to figure out how to write a comprehensive Wikipedia entry.

Yu-chan and I, we’ve had our ups and downs, but I’ve always tried to stay as loyal as possible. LOL I may not stalk her tags online 24/7 (all my Japanese sources in English are rubbish now) and my Japanese skills are in the gutter, but I’ve managed to remain the biggest English/Spanish-speaking Yu Aoi fan in this side of the hemisphere (if not the world, xD). It’s been a good ride, Yu-chan. I’m looking forward to all the catching-up of all your latest movies. Here’s to another decade with Yu!

END_OF_DOCUMENT_TOKEN_TO_BE_REPLACED

and I’ve just gotten EXTRA lazy now. These are the links to Yu’s previous Wiki entries [1][2].

I know that over the years (especially the last two), I have been lazying around not stalking enough news and being always late. Though some fans have disappeared from the internet, I still appreciate some of you lurkers.

END_OF_DOCUMENT_TOKEN_TO_BE_REPLACED

*sighs* I am truly tired.

I just spent all afternoon, and apparently… night, so~~~ I spent all day writing Yu’s Wikipedia entry. Unless you’re reading this at the proper time, the entry might have gotten edited or deleted by now. Man~ writing a bio is tough, and worse of all is that Wikipedia markup language. It sucks, SUCKS! I tell you! It actually took hours because of that Wikipedia format~~~

I also had to search for references… and try to read Japanese. LOL’
Also, that damn table… I still need to work on it, at least for the TV work and Awards.

So~~~ in case it gets deleted. Yu’s complete bio by Amy below the break ;P
Also, planning a Spanish version *laughs*

END_OF_DOCUMENT_TOKEN_TO_BE_REPLACED

NP.com went all overboard with this year’s April Fools joke. Funniest thing ever. You can head over here to experience it… or in case it’s gone~~ here’s a capture.

You almost got me there, guys~~~ 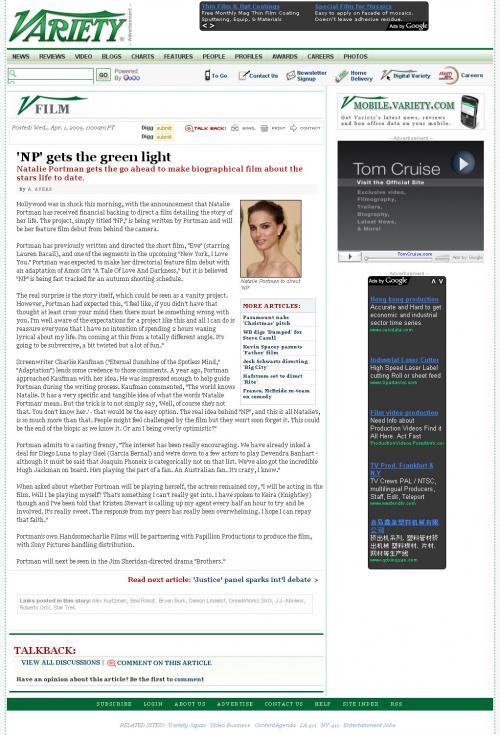