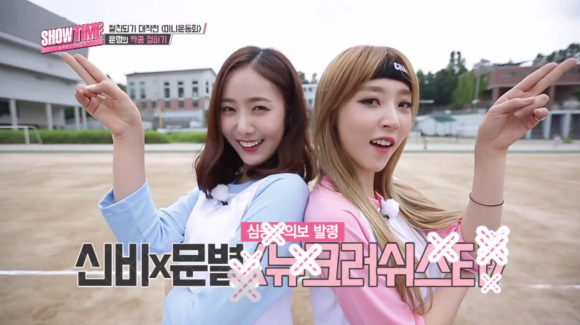 Yuju and Yerin are also amazing. In that bit when Yerin was prepping to head to bed and was fresh-faced sans makeup, she reminded me so much of Hyori. Where IS Hyori, anyway? A Lee Hyori album is seriously due. 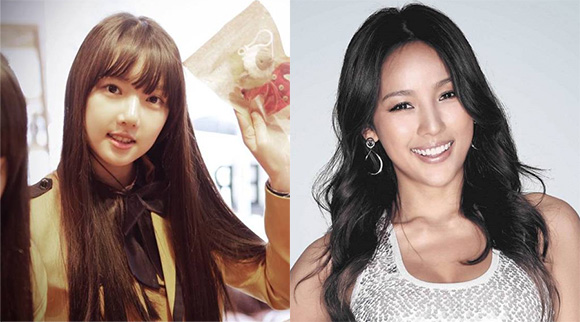 I’ve been also reconnecting with my Kpop fandom roots— I waste my time watching Mamamoo V Live videos. I also spent an hour or two on the Brown Eyed Girls V Live page, catching up with the things I hadn’t been following from last year’s release, as well as GaIn’s most recent.

And~~~ as part of the Hallyu Wave push, they recently held a Korean Music Wave in Fukuoka concert where Mamamoo performed their hit Um Oh Ah Yeah with the ad-libs of “皆さん～愛してる！” (Mina-san~ Aishiteru!), which everyone loved. Then Solar dropped all the Japanese she knew (without the ‘sugoi’) giving a shout-out saying “友達も！” (Tomodachi mo) Oh, Yeah!

Because I’m a fan, the moment I read Fukuoka, I started catching up with Yu Aoi news, since Over the Fence [1] promotions are in full swing with the release. She was recently featured in the latest episode of Danshi Gohan (‎男子ごはん), making an avocado, kaki and cherry tomatoes salad with cumin powder; as well as a lettuce salad with anchovy (apple and carrot) dressing, and the hosts prepared a creamy crab croquette (known as カニクリーミーコロッケ KANI KURI-MI KOROKKE) that looked so good, everyone’s been talking about them on Twitter LOL

Actually, if you begin searching for the term, it’ll be the first suggestion. Watch it while it’s still up! 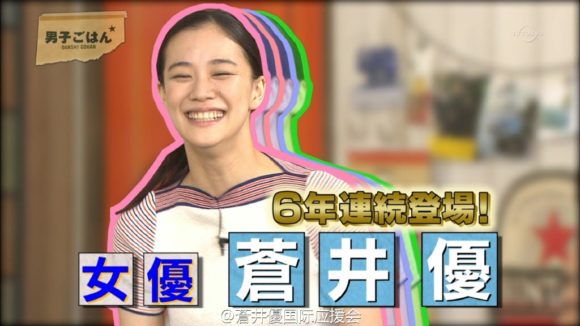 Big shout-out to my fave Yu Aoi community on Weibo! 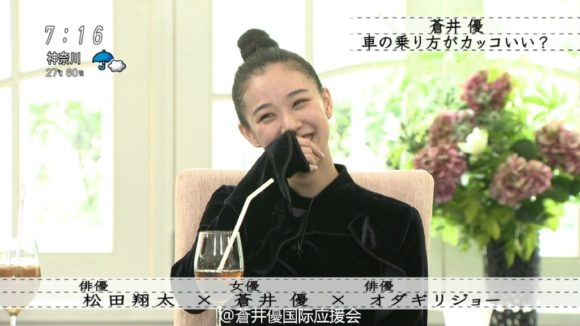 There was also a three-way roundtable for BOKURA no Jidai (ボクラの時代) also featuring Odagiri Joe and Shota Matsuda. But my serious Japanese is so shoddy, I couldn’t get anything interesting from it other than staring at all of them while they talked and laugh. LOL 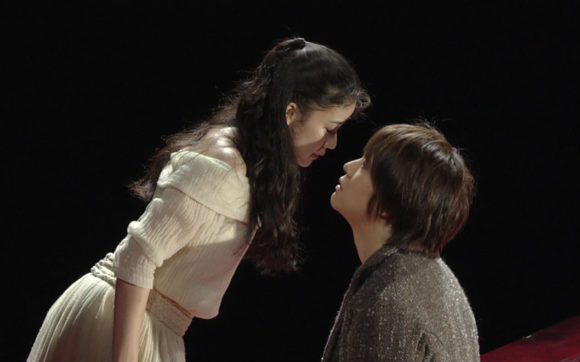 I found a stream of ‘Tis Pity She’s a Whore (あわれ彼女は娼婦) [1]. I hope I have the time to sit down and watch it (even without subs) this week before it magically disappears. I also found a working link (no geoblock) of the infamous Flower Vase (花瓶の花, Kabin no Hana) music video [1], which hopefully you can watch here or here (this one comes with Chinese subs).

Phew~ that was long.

Oh~ and this glorious GIFs of Yu Aoi on One Million Yen Girl, one from this massive GIF set~

hit the next page coz this post is big enough already~