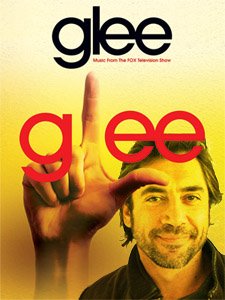 Entertainment Weekly is reporting that Javier Bardem will be a guest on Glee — because he’s on Eat Pray Love, which was directed by Glee creator Ryan Murphy.

Academy Award winner Javier Bardem is expected to appear this coming season as a rock star who befriends Artie.

And he’s got us all beat~

became an unabashed Gleek after watching the entire first season in one week. “We’re going to do some heavy metal — Spanish heavy metal, which is the worst.”

It sounds like a storyline out of Amy’s fanfiction ideas. I’d better finish my episode, and send it ASAP to Murphy so he can make it happen. LOL

One response to Javier Bardem for Glee