To Watch Until They’re 35 – Rinko Kikuchi

Forgive the lack of 20 to Watch posts, in case you were expecting them sooner. Continuing with the list of the 20 to Watch Until They’re 35 is none other than Japanese actress Rinko Kikuchi. 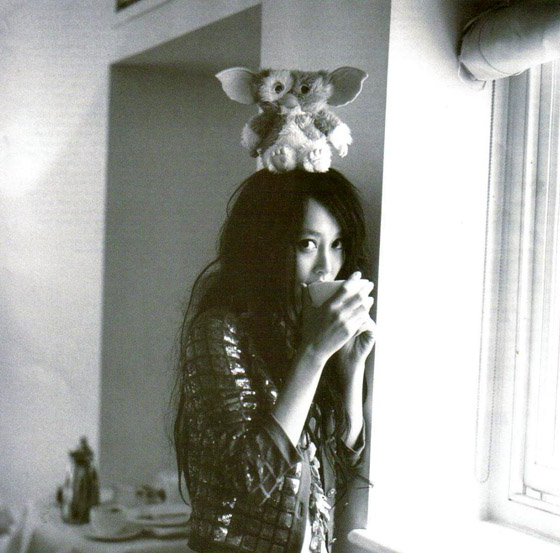 Born in Hanado, Japan, on January 6th 1981, this now-29-year-old actress burst into the worldwide film scene when she played deaf-mute Chieko Wataya on Alejandro González Iñárritu’s Babel, for which she earned a nomination for Best Supporting Actress at the Oscar., among other nominations like a Best Performance by an Actress in a Supporting Role at the Golden Globes, a Best Supporting Actress and a Breakthrough Performance at the Online Critics Awards, another one at the Satellite Awards, as well as a Screen Actors Guild nomination for Female Actor in a Supporting Role, and several other wins and nominations in critic choices.

Kikuchi began her career by appearing on Ikitai (Will to Live) directed by renowned Kaneto Shindo (Onibaba, Hachiko Monogatari which he has remade recently as Hachiko: A Dog’s Story) in 1999, and followed that up with By Player (Sanmon Yakusha), another one of Shindo’s films.

She continued her collaborations in her native Japan with Hole in the Sky (Sora no Ana) directed by Kazuyoshi Kumakiri, and on the short film Tori by Tadanobu Asano, who co-star next to her on screen. During 2004, she participated in films that were generally received positively by critics, with roles in Cha no Aji (The Taste of Tea) directed by Katsuhito Ishii — a possible favorite among many festival movie goers — , 69 sixty nine by Sang-il Lee (Scrap Heaven, Hula Girls) about a bunch of pseudo-counter-culture revolutionaries from high school in an obscure city in Japan in 1969, based on the novel by RYu Murakami. And finalizing with Survive Style 5+, a wacky intertwine storyline following a whole bunch of people, directed by Gen Sekiguchi. The film starred big names from Japan, including Tadanobu Asano (who is in the same Agency as Kikuchi), Kyoko Koizumi, Hiroshi Abe, and even martial artist Sonny Chiba (who was last seen on worldwide screens in Tarantino’s Kill Bill).

After slowing down for a while, and continuing her work in 2006 with Inarritu’s Babel and earning worldwide attention, in 2007 she collaborated in The Insects Unlisted in the Encyclopedia (Zukan ni Nottenai Mushi) written and directed by Satoshi Miki (Turtles Swim Faster Than Expected, Instant Swamp) alongside Yusuke Iseya (Blindness). In 2008, she returned to international screens with The Brothers Bloom written and directed by Rian Johnson (Brick), alongside big names like Rachel Weisz, Adrien Brody, and Mark Ruffalo. Moreover, she voiced Suito Kusanagi on Mamoru Oshii’s animated film Sky Crawlers with Chiaki Kuriyama (Kill Bill) and Ryo Kase (Letters from Iwo Jima).

Last year, Kikuchi starred as Ryo on Map of the Sounds of Tokyo written and directed by Isabel Coixet (My Life Without Me, Elegy) with Spanish actor Sergi Lopez (Pan’s Labyrinth). In Japan, she made the film Assault Girls by written and directed by Mamoru Oshii, a sci-fi/fantasy live action film mix with CG about a group of people (including 3 women and a man) that war against mutants in a digital world to achieve points. Moreover, she also participated on the Japanese remake of the critically acclaimed American film Sideways. You can’t really say she doesn’t have variety in her CV.

What’s more exciting for this 2010? Let’s start with Shanghai directed by Mikael Håfström, which will probably open in several cities around the world, as it stars John Cusack, Ken Watanabe, Chow Yun-Fat, Gong Li, and Franka Potente. Followed that up in December with the film adaptation of Haruki Murakami’s novel Norwegian Wood by Vietnamese director Anh Hung Tran (The Scent of Green Papaya) alongside the 20 to Watch fellow Kenichi Matsuyama.

Yes, we CAN’T WAIT for that one.

3 responses to To Watch Until They’re 35 – Rinko Kikuchi