Did you watch the Vancouver Olympics Opening? Sadly, Peru… especifically America Television, even though they’ve got the rights, they’ve only done a 1hr cap of the whole opening. So I ended up watching on ESPN, which wasn’t much better. One, it’s fullscreen instead of wide. Plus, the guys couldn’t shut up on the first part of the show.

I will post cool photos if I find them.

The show was nice. Living in Vancouver, I did get a bit emotional, but not as emotional as I got on Beijing 2008. However, Vancouver did a pretty great show, even though there were some things people point out.

One thing I hated was Nelly Furtado, Bryan Adams and the song. It was cheese, I can take cheese but not at the almost beginning of the show. They should have closed the show instead.

Sarah McLachlan was pretty great vocally, as was KD Lang… but does KD Lang need to sing that song again? She does it perfect, but isn’t there another song? Oh yeah, what’s up with the pop-version of the Canada anthem? It just felt not very patriotic, in my opinion.

What I loved the most? The digital displays, beginning with the ice cracking, the killer whales swimming — skipping the yellow fields and the flying dude — and continuing with the punk rock celtic tappers. Because they were punk rock, right? They had tattoos, mohawks, dark eyeliner, leather, jeans and Converse Chuck Taylor Low-Top… and they had plaid fabrics, and they were playing celtic music. I’m pretty sure they did a bit of Riverdance too… plus the tap dancing. With the red maple leaves digital display. It was my favorite.

Check back later in the day. In the meantime, check out the Vancouver2010 website. 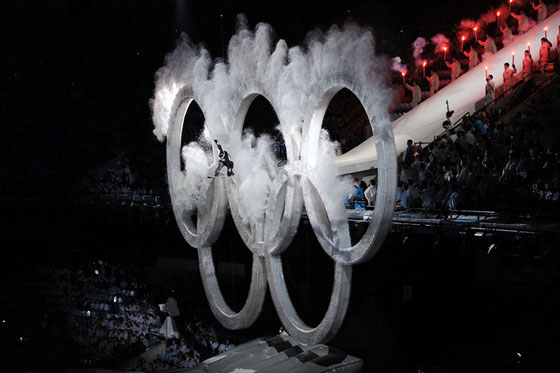 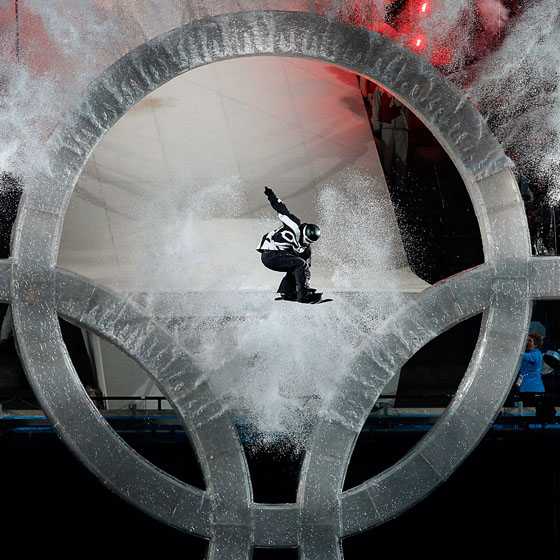 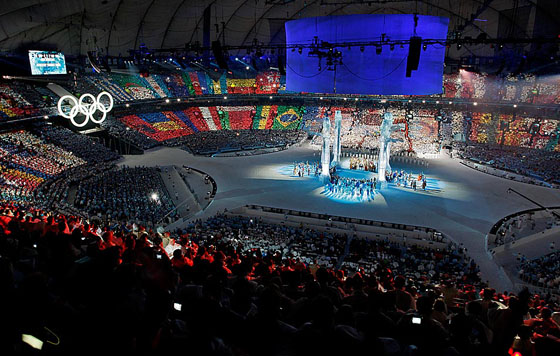 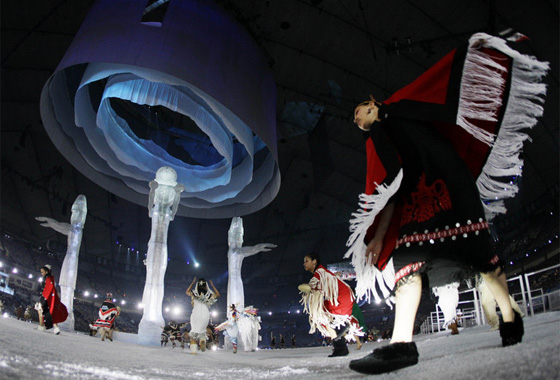 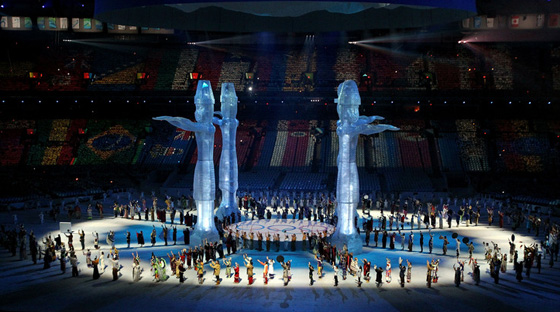 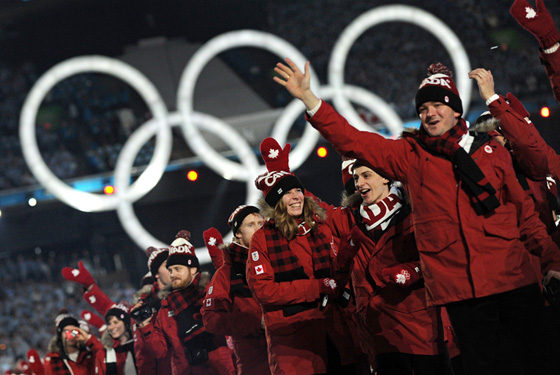 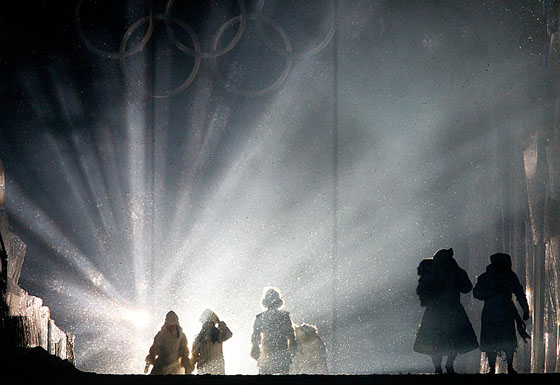 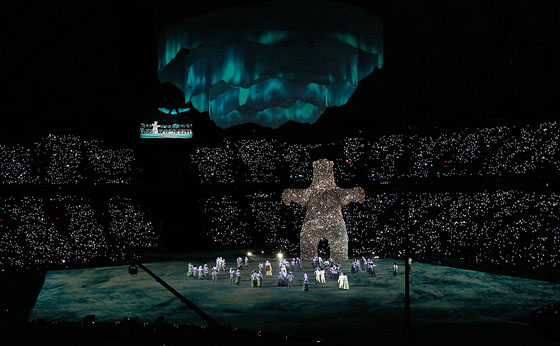 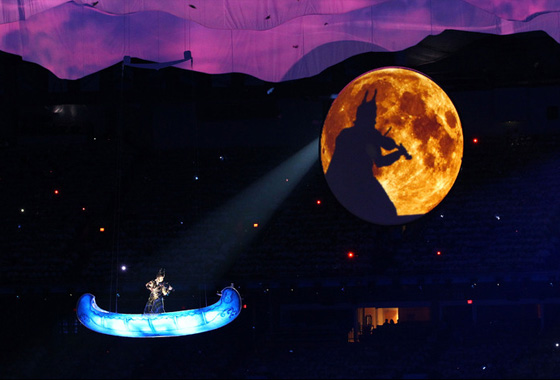 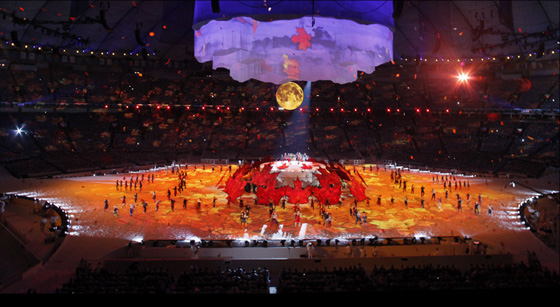 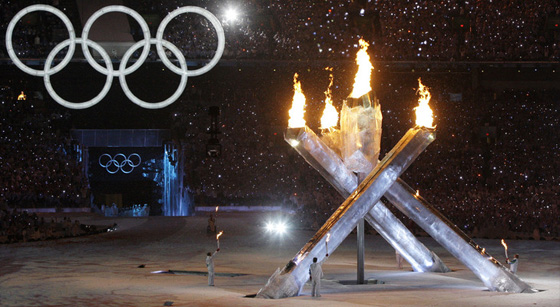 More photos and some hi-res photos
over at: the Washington Post
and the LA Times