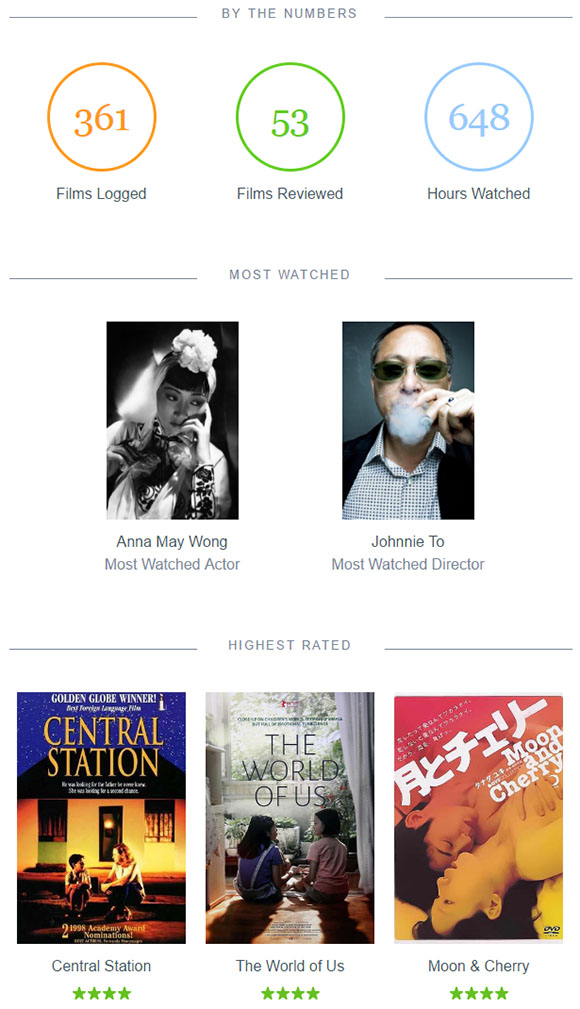 5 responses to My 2016 Letterboxd Year in Review