I look young. My older cousins, who are just a bit older than JeA is, still see me and still tap me on the head. I still get carded. When traveling or meeting new people in general they always ask me about school… and I don’t mean it like asking about university. They ask me about high school or wonder what I’m choosing to study at university.

I graduated from high school ten years ago (gosh!).

I usually look at people on movies or tv shows, watch their music videos, [1] and I think people… look like contemporaries of mine. When I google them, however, I’m surprised some of them are five or ten years younger than me. It’s crazy. So because I tend to look at myself and think of my age, my expectation of how young people look is skewed.

Starting out, I thought she was older than she is. Mid-thirties instead of early. As the years go by, she seems to be getting younger and younger, though. In this promo photo for the Brown Eyed Girls comeback (YAY! Comeback!), JeA looks like she’s 16. It’s nuts. 14 if you consider the giant teddy ages her down. And the pout makes her maybe a year younger than that.

It’s crazy that with my skewed view on how ‘old’ people should look, JeA manages to look half my age. And what’s funny~ if we ever meet in person, she’ll probably be able to boss me around. Coz that’s her presence. xD 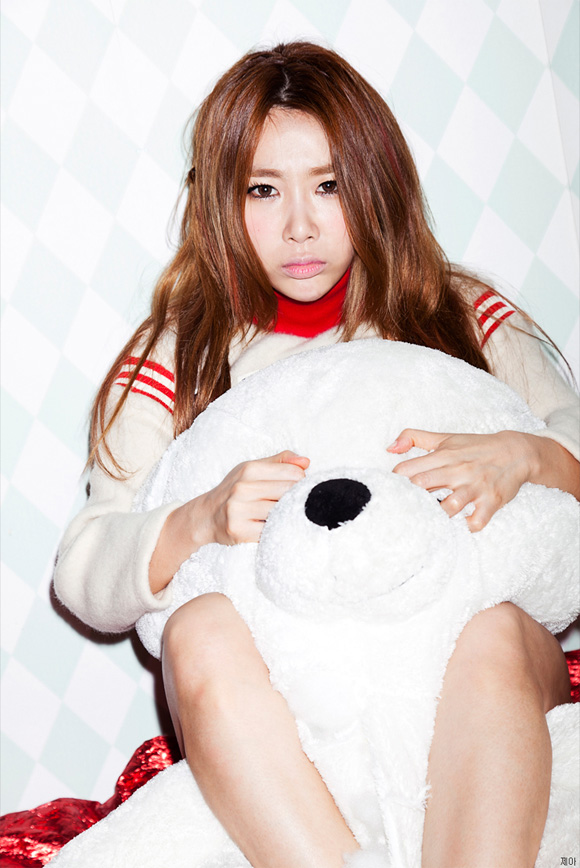 Also, I’m psyched about the new album. I’m lukewarm on the Recipe single, though.