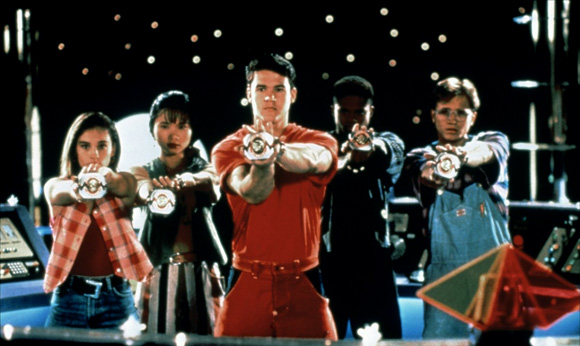 The moment the original Power Rangers put those morphers out with the freaking coins. It was magic. I admit it. I think there were toys about them, and I wanted one so freaking bad. All I got was the wooshing gloves. The original Power Rangers had it all on their favor- first, DUDE! Rita Repulsa was so freaking awesome. They had dinosaurs (and a great sable!)!!! They had a great intro song [1], they had the Green Ranger (Forever and ever Tommy), and… they coined:

I will always fondly remember this generation of Rangers — Amy Jo Johnson, especially, coz she crossed into my teens with Felicity (ha!) — as the bad-assery that it was. But come on! The BEST Rangers series has got to go to~ 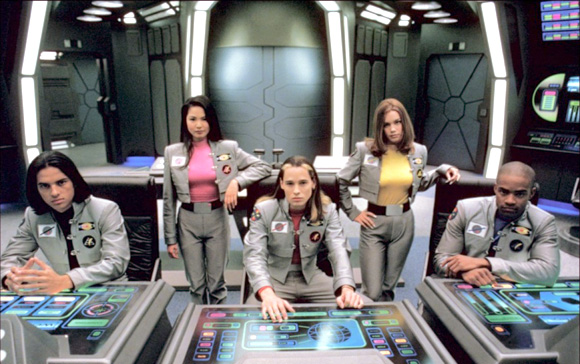 Look at the bad-assery on that photo.

Power Rangers in Space will be the best season of any Rangers because it had to overcome a lot of obstacles. First, Power Rangers Turbo. PRiS had a LOT against it, and it overcame it quite flawlessly by mere chance and a bad game of telefono-malogrado (broken phone). Not actually intended to be set in Space, the producers did think it was when adapting the Japanese version. When they realized their mistake, they just went ahead with it, giving us a complex bad guy in Astronema [1], identity issues with not only TJ, but also Carlos and the appearance of Adam [1], Cassie befriends a monster and gets a crush on a non-human, the relationship between Ashley and Andros… and of course, Andros history with Astronema.

Also, a BIG plus! Everyone’s back for this, making it the biggest epic series finale.