I’m taking a wild guess here, I’m really confused with all the nicknames in the comments, but I’m guessing Southsideirish is Bill (you can change your name in the Intense Debate profile, you know xD), so… I finally took time to watch 2NE1’s presentation he recommended – in… Sketchbook?

Plus, I also took some time to listen to their debut album, and like I commented when they released their 3 singles, I’m giving the album a passing grade already. However, I’m doing so just barely. I’m giving them a 3/5, which is more than I could say for the likes of Rain or even Taeyang. xD But why is that? After all, I did love Try to Follow Me and Clap your Hands. I’m all over those two, and I’m partial to Go Away and Can’t Nobody. The rest of the album? It just sort of felt kind of bland, and I’m not counting the remixes. Can’t Nobody is so processed that I can’t even understand what they are saying, and if I give Kanye flack for it, I’m giving 2NE1 flack for it too. LOL 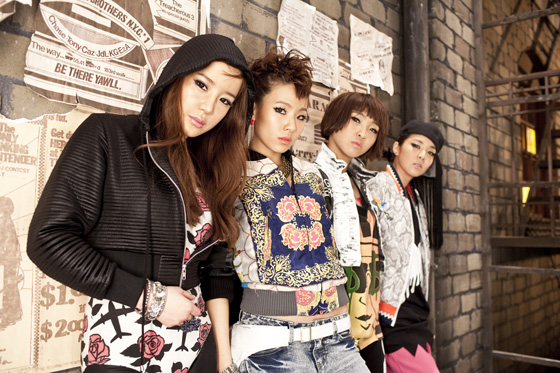 2NE1 defends themselves vocally, but they’d better be prepared when autotune begins wearing out. I am not convinced they could kill it vocally, or in a 100% full-on Michael Jackson-worthy choreography. 2NE1 is cool, it’s fun, but I don’t think I can see them here once Bom and Dara hit 30.

Give me a performance where 2NE1 kills it Acapella style a la Acapella Candy Man from Brown Eyed Girls, and I’ll eat my words. Same with the dudes of Big Bang – I know Daesung can sing – but can all of them kill an Acapella performance together as Big Bang?

And… is it me, or is Minzy the lovechild of Daesung and G-Dragon? There, I said it.