This will be a double-review post. The Lima Film Festival begins this Friday, and I will be reviewing a couple of films this week… and maybe even next week. 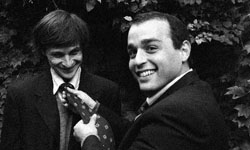 Shot in black & white, Excursiones tells the story of Marcos, a failed theater actor who works at a candy factory, and Martin, a screenwriter. After Marcos finds himself without a job, he decides to call Martin to ask whether or not they could work together on a play he wrote back in high school.

The film had things that worked in its core (some dialog, some moments between Marcos and Martin), but overall it was an uneven attempt to capture the estranged relationship between the two friends. What killed the film for me was the use of music in sequences that don’t necessarily need it, instead of exploring the characters furthermore in those silence, it switches to a MTV-esque pop rock 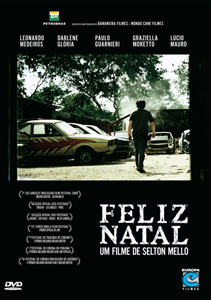 Feliz Natal begins when 40-year-old Caio visits his family and friends on Christmas Eve, but turns out his family is as dysfunctional as a crazy family can be, and his friends are the epitome of the man who never matures.

The film has really good performances, great cinematography, and a nice soundtrack (though it doesn’t really work at times), but what Feliz Natal is lacking is a tight story. It has all these interesting relationships (especially the ones with Caio’s family) that are never really explored. Many things happen at once, but nothing ties them together or they never even conclude. – 3/5