Of course I will have to wait a little for it… with luck, it won’t be too long. 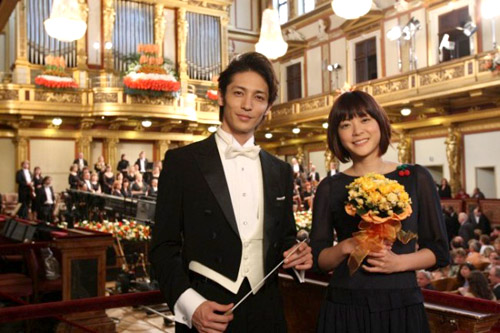 Last month on the 16th, they already started filming in Bratislava, the capital of Slovakia. They continued in Brno, the Czech Republic and after that they arrived in Vienna, Austria. After Vienna, they went back to Brno also filmed a few scenes Prague. Right now they are in France and about to start filming in Paris.

More photos and videos via the Juri LJ Comm xD

One response to More Juri and Nodame!!