For the Sholly Shipper Out There~~

I know you’re there… the Sholly posts keep getting hits, and they are only 2nd to that Child Actors post I made a while back. LOL’

So stop the lurkin’ already, and comment a little…

We just saw Ep06, and we’re just two weeks away from finishing this exasperating season, but hey! You saw that photo of Molly, right? The one Shane was developing… you loved it, right? ‘Coz everytime there’s a glimps of Clementine Ford in one of the latest episodes, Sholly searches spike a little. As do Katherine Moennig and Clementine searches~~

Some may think that cheating is catching up to Shane, and that’s what made her sick. I, on the other hand, think Jenny is wack. She totally did something to Shane, hahaha. And if she didn’t, well… that ‘good’ gesture she did by giving Shane the Photo Studio – that totally smells to ‘strings attached’. And Shane’s totally trapped.

Screencaps after the break. 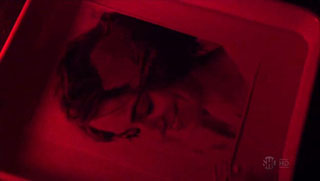 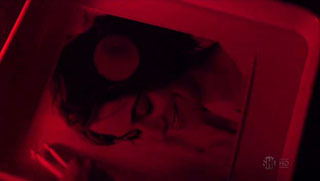 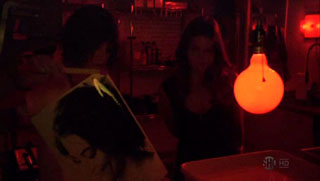 Also, if you’ve ever EVER been in a developing room… considering Nikki said it’s her first time, the smell of it would totally be a turn off. And puking in the chemicals would be almost impossible… and Shane did twice, I think. I remember my days at Photography class, my clothing would stink of acidic waste and it would stick to it like you wouldn’t believe~~~ totally NOT sexy.