A country bumpkin (with a heavy Shandong accent, I suppose… with my level of Chinese, I can’t tell.) and a cow are the only survivors of a terrible Japanese airstrike during the Sino-Japanese War. I never thought I would ever say this, but that’s the best damn cow performance I’ve ever seen in my life. Alongside Dolly (the dog performance in Korean film Blind), it might be one of my favorite animal performances on film. 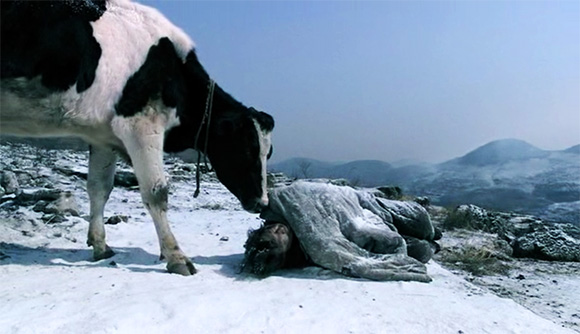 Even though it didn’t slay in any categories in my Best of 2013 post, The Chef, The Actor, The Scoundrel (厨子‧戏子‧痞子) was one of my favorite movies last year. After Cow (斗牛, Dou Niu), I’ve become a Guan Hu and Huang Bo fan.