Since the first time we talked about what people said about Yu-chan on twitter brought out toshii9245 out of lurking, I thought I would keep on posting other fun tweets about Yu ;D

Let’s start off with this fan-made trailer of Center of the Universe, starring Shugo Oshinari and Yu Aoi~ 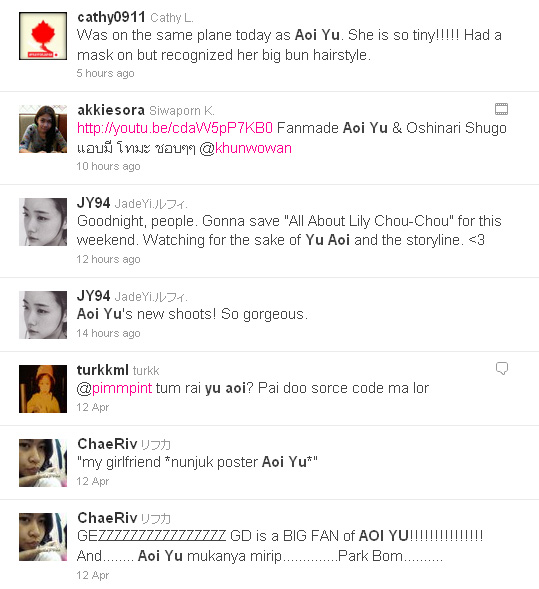 Also… did you read what Cathy tweeted? She was on the same plane as Yu-chan (apparently) xD Amazing that she could know just by her upward hair-bun. Obviously, I’m jealous… in a very stalkery way.

Don’t worry, even if I had been in that plane… I wouldn’t have dared to do anything.

And… well, we know G-Dragon LURVS Yu Aoi [check comments here], like super fan buying calendars and stuff you do for your idol. Like ChaeRiv says… but does Yu Aoi look like Bom Park from girl group 2NE1? xD 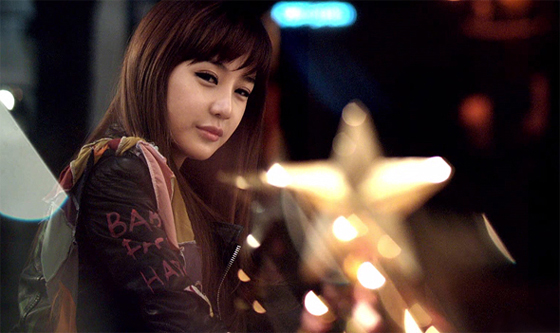 Ok… maybe, she looks… a little bit… sometimes. I really looked at a few photos before picking this one. But Bom could look like Yu-chan in a less natural way… but then again, I am biased against Bom, and biased for Yu-chan — so there you go xD

In my opinion, it could be more like Bom mixed with Sandara. 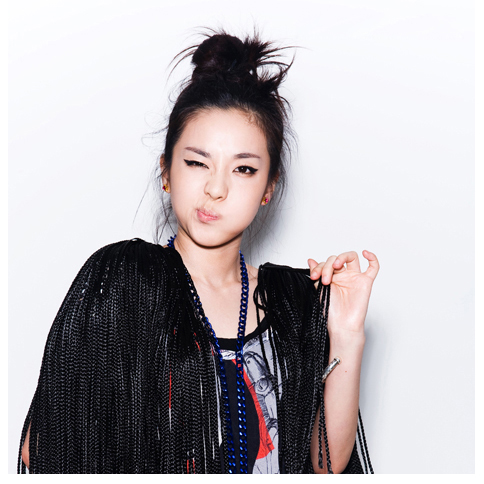 What do you think? Sandara is totally natural most of the times xD

4 responses to More Yu Aoi Mentions in the Twitterverse