Last Sunday I was browsing channels with my dad, when I stopped on i-Sat. The scene? Two little girls holding hands, and one that looked very curious. She thought to herself, “Men and women get married to then get divorced. Maybe because women can’t get married to other women, they can’t get divorced!” – or something along those lines. Thing is I burst out laughing at that thought. 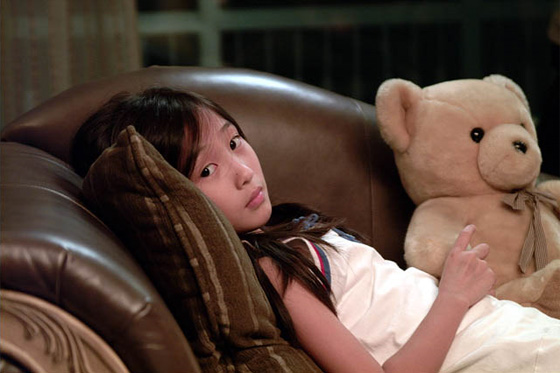 After the short, I waited for the credits to see if I could get the name of the short. Sadly, i-Sat didn’t subtitled the credits, so I was left hanging, only knowing what the short was about. I had some failed attempts at searching for it, but once I sat on my own computer, I ended up contacting HanCinema, as well as i-Sat — HanCinema replied (with no answer, coz I had no info) in like 10min. while I am still waiting to here anything from i-Sat.

Anyway, because I’m so good at what I do. I found the short. And I also found the way to watch it from the beginning. Yes, I’m that good. LOL

Anyway, the film starts with little Jin-young-ah (“ah” Korean suffix for pet-names), and how she is bored with “kids” her age. She just wants to grow up already. She tells the brief story of how she came to be, and how she ended up living with her now-single mom. You see, her mom still goes to university, and one day when Jin-young-ah is watching tv, her mom tells her she’s having a friend over.

Introducing the “friend”, and it’s a girl. 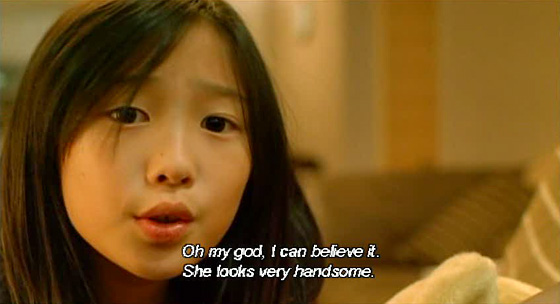 That moment killed me. I burst out laughing.

Jin-young’s mom’s friend is a girl wearing sporty clothes, and even a cap. Jin-young-ah is head over heels with how cool she is, and begins considering life with the same-sex… and with a grown-up. She compares life with her mom and her new friend, against life with her dad… and well, let’s just say, her dad doesn’t fare that well.

I’m not gonna tell you the ending here, but it was just refreshing to see this. Not because it’s gay, but because the little girl just gave this… somewhat romantic comedy, a coming-of-age flare.