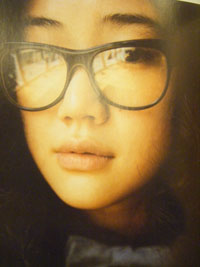 A couple of days ago, I posted a random post as a quickie. I had found a photo (pictured on the right) that I hadn’t seen before, and that led me to one of the most interesting quasi-pseudo-intellectual post on any Japanese idol I had ever read.

Some might differ… Yu, an idol? Give or take~~~

I hope you do find that post as interesting as I did.

“If you follow Yu Aoi through Japanese popular culture, you find that, over and over again, she’s cast as an advanced, soft being, a quirky, childlike, expressive, kind-hearted fairy, modestly unaware of her own beauty and unwilling to use it in power games.

Now, if you haven’t found that post in your quest for more Yu Aoi, and are not interested by that statement. What’s wrong with you?? Ha!

Really, do give it a read.

What’s fascinating about it is the reference to Gutai, which got me asking what Gutai is and what it’s all about. Sure, that Wiki article just simplifies it all… so if you want to get into it, head over here to read The Gutai Manifesto.

The photo pictured above, it’s one of the photos taken from a Beams Boy supplement that came with Ku:nel magazine, and the post points out that Yu’s photo on Flickr seemed to gather more attention than the other photo with the two Dutch ladies. Now, I’m inclined to say that the photo was partly more popular because Yu’s photo of a photo can at least pass as a scan, while the one with the Dutch ladies very much is a photo of a photo. I, for one, would have favorite that one if it were a proper scan. xD

Now… as for Gutai~ some people might confuse it with Dadaism, they even point it out in the manifesto~ and I thought they seemed to like Jackson Pollock a little too much. Look at this Shozo Shimamoto fun painting exhibit, or this Electric Dress by Atsuko Tanaka, or this Tsuruko Yamazaki aluminium piece. 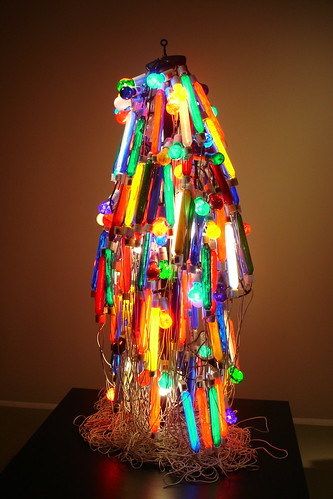 But since I found that manifesto so hard to understand, I asked some friends what they made of it~

My short version of what I’ve read: Art of the ages is tied very much into the times that produced any one period or style. Relevant only to that time.

To stay and produce within a genre that has already been done kills a spontaneous creative impulse that is better served in exploring the now of techniques and materials that can potentially bring new ways of expression.

In another sense, the article also seems to describe the fundamentals of performance art too.

I certainly don’t know what to think of the post… if it’s positive or negative… or perhaps it’s just a neutral opinion. But the fact that it brought up Gutai, and made me read about something new… it was a completely new experience.