Not Much Love for the JT HBO Concert 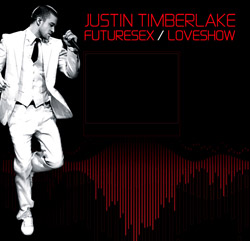 It’s 1hr. into the Justin Timberlake, FutureSex/LoveShow Concert on HBO Latin America. You can guess by me writing. Not enjoying it too much. Rock Your Body just began… looks promising, more on that later.

The concert began slow with FutureSex, and shortly interrupted by a black screen, and Like I Love You/My Love – that one number was good. Exciting,but then the show went down the drain for me. Can’t really say I enjoy much JT’s ballads… the whole playing instruments part is kinda nifty, but let’s just say I’m not paying to see him play any instruments… well, I’m not paying. But I wouldn’t go to his show to see him sit on his squeaky-bum… I wanna see some jumping around, and sweat… loads of breathless chorus with some playback on.

So, Amy’s not big on the whole slow jamming Timberlake does, and Rock Your Body begins, but doesn’t deliver. The next guitar-driven JT ballads are kinda alrite to listen to, snorted a bit on the whole Nsync back-in-time Gone performance, and I still think Justified is a better album than FS/LS.

If you enjoyed the whole FutureSex/LoveSound album, there’s a chance u might like this show. However, I’m one of those who just enjoyed about 5 songs of it, I’ll just stick with the downloads… not worth my DVD $$. I can live without having this in my collection, and can probably live without being in one of his concerts. Besides, JT’s got enough $$, so he won’t mind me I bet…

Anyway… loads of “ohhs,” “ooh!,” “ahhh,” “moan moan,” lick a finger over here… have a drink there, have a thrust “whoa…” how about a little rub ooh! I’m freaky, ask Julyssa if you want xD I need me some innocent sounding pop music…

Image of the concert, totally cool. Dig the giant screens where you can see JT’s giant face and the giant spirits of gospel chorus. The band was good, JT’s voice… hmm, not on the plus side. Dancing wasn’t too cool either… random shots on random bimbos not knowing lyrics to the songs, totally snort-worth. Backstage camera? I dunno…

One response to Not Much Love for the JT HBO Concert