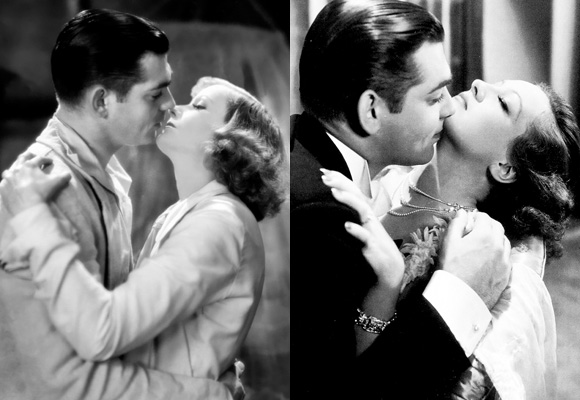 Both films featuring Clark Gable, released in 1931, and having a leading lady of rather humble beginnings that manages to rise to the top using her… er, skills. Of course, both Susan Lenox and Possessed have very different results. Though the cinematography in Susan Lenox is quite sublime at times — the whole introduction was marvelous with the shadows — I left rather disappointed by the end of the whole movie.

I’ve come to prefer Joan Crawford on screen~~~ remember, I got into her after I saw her on Grand Hotel, which came in the Garbo bundle. I was just left mesmerized. “Who is this woman, and where has she been all my movie-life???” So I do think Possessed edges Lenox by a pretty long thread. Despite its weak resolution, Possessed still holds itself pretty darn well. But even I must admit, I feel Garbo’s magnetism oozing from this still… even more so than I do with Crawford.

So… to me, Garbo on still. Crawford on screen.