Kidman for Harper’s Bazaar by Will Davidson

I was looking for a suitable still of Hemingway & Gellhorn, when I ran into this cover for Harper’s Bazaar and I thought it was an old shoot until I read it was a fairly recent one. 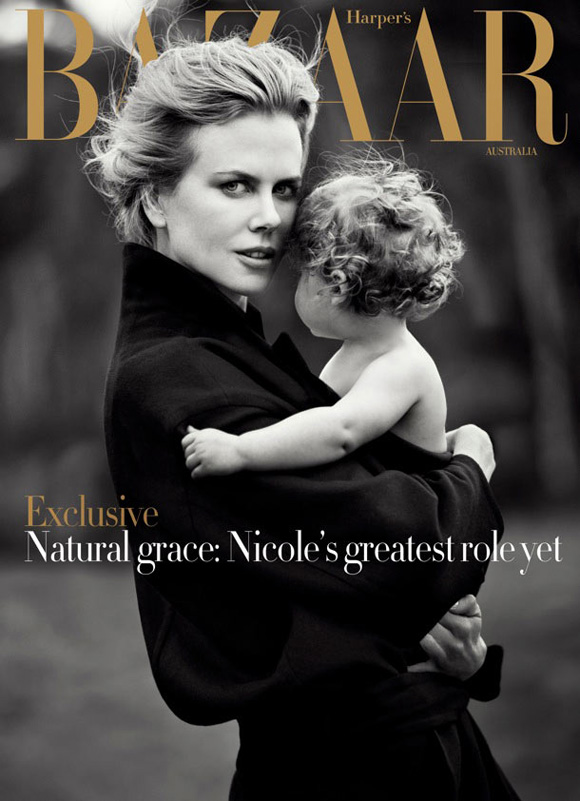 Kidman, in here, looks flawless. Like time had never passed. But of course it has, Kidman (as much as I’d like to believe it) is a mere mortal. People give her a lot of flack — I may be on the side that doesn’t. When people picked on her on Australia, I went the other way. I still think she has the chops to do it, if only she lets herself.

Shot by Will Davidson [here’s his portfolio, he’s also shot Cate Blanchet], I’m sure there are fixes here and there. And I do prefer this black & white version, instead of the colored one [1] — but I think there’s more to the greatness of the photograph than the makeup and the clean-up. There’s an intensity in Kidman’s eyes that suits better places like Harper’s and Vogue — there’s also the moment, like Harper’s Australia editor describes.

I love fashiontography — you know, all the crazy outfits, colors, makeup. But I do prefer natural photos… little posing, not setups, just the capture of the moment. This photo, this cover that they’re gonna use. It’s a great moment.

Having said that… I’m bummed BUMMED that Nicole and Wong Kar Wai is never going to happen, unless they make it happen. It’s unlikely, though. Then… I’m kinda stoked about Stoker. xD