Hikari Mitsushima for NHK’s The Pioneers

Oh, I guess I gotta watch NHK all day to get fed all their upcoming series — at least for January. We all knew that Kenichi Matsuyama would be doing this year’s Taiga (Time really does fly!), but who knew Hikari Mitsushima (Love Exposure [1], Sawako Decides, Villain) is ending up on NHK?

The Pioneers, which is wayyyy easier to type than Kaitakushatachi (開拓者たち), showed a small clip while I was watching and seemed pretty good. According to Tokyograph:

A special “documentary drama” mini-series to commemorate the launch of its BS Premium channel and the 40th anniversary of the restoration of diplomatic ties between Japan and China. […]

The story is set in the region formerly known as Manchuria and is based on the groups trying to resettle there in the years after the Manchurian Incident. The central characters are a family of four siblings who live there, but who are forced to flee due to the Soviet invasion of the region and Japan’s defeat in World War II. As a result, they return to Japan and attempt to forge a new life on a farm in the Tochigi prefecture.

The clip looked really good. We all know Hikari Mitsushima is a pretty good actress and this seems to be one of those projects. But as anything Japanese, no clips online to embed so I stole these: 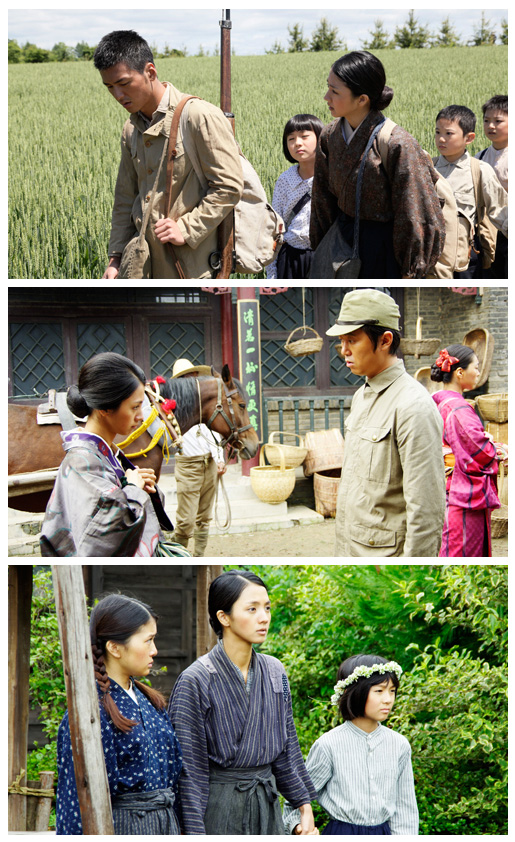 Here’s the schedule for the four episodes (Japanese Time):

So much good stuff to catch this January!