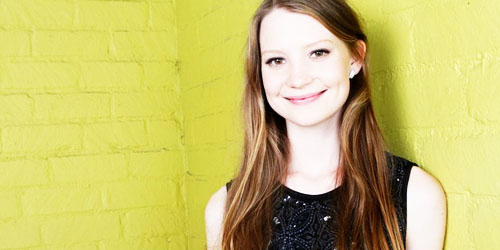 Mia Wasikowska is also Australian (like Tim Pocock, the first Actor Spotting), and is 19 going on 20. You might have seen her on HBO’s In Treatment with Gabriel Byrne, and you can also see her on I Love Sarah Jane (after the post break) directed by Spencer Susser who is set to direct Joseph Gordon-Levitt/Natalie Portman (who is also producing) on the film Hesher.

You will next see her as Elinor Smith on the Hilary Swank Amelia Earhart bio-film Amelia, and next year as Alice on the Tim Burton version of Alice in Wonderland.

She was also named one of Top10 Actors to Watch in 2008 by Variety.