Just got back from a Press screen for Speed Racer (aka, Meteoro, in Spanish). What can I say? Words like FLASHBACKS, MOTION BLUR, and COLOR EXPLOSION come to mind. The Wachowski brothers have managed to Japanese-ized or should I say Asian-ized an English speaking film about Japan’s Mahha GoGoGo. I say Asian-ized because they managed to get Japan (Togo Igawa), Korea (Bi, Rain), and China (Yu Nan) to play family… LOL

But that’s a nitpick from me~~~ Let’s get to business, SPOILER ALERT! (maybe) 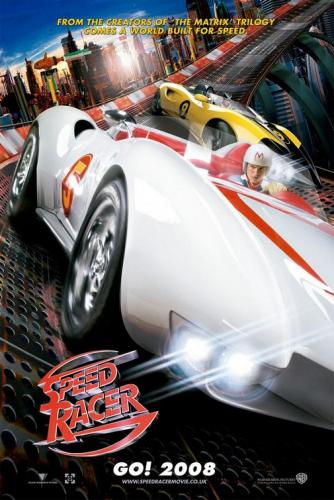 The film starts, and continues… with A LOT of flashbacks from Speed Racer, Pops, Mom… etc. And even sort of ends with one. Pacing is alright, and editing is quite fluid, although I can probably pinpoint one or two instances where it jumped on me… like after Bi (Rain) is being “dealt” with, and then it suddenly cuts to Speed Racer and Trixie (Christina Ricci) in the car.

Visuals, you could say are stunning… but I’m sticking with okay. Colors were BRIGHT, and flamboyant with loads of motion blur… even including a Heart Bokeh blur cameo. Ha! If you are not epileptic, you might end up like one by the end of the film… and if you suffer from epilepsy, I suggest you skip this one because these Brothers didn’t skimp on flashes of light, toss and turnings and the almost kaleidoscopic feel.

The film delivers one or two giggles, but what worked on the anime (not that I enjoyed watching Speed Racer growing up) doesn’t really work on a live action film. And people better realize this before going further down the path of Dragon Ball, and other anime favorites. Moreover, the racing in this one starts quite slow at the beginning, reminding you of a really fancy version of Mario Kart… only that with Mario Kart you get to have the fun, instead of just watching. Luckily, the final race does pick up the pace and the action, though we know how it all ends up.

Entertainment for the kids? Maybe… you’ll only find one flipping of the finger, and some giggles during a cooties alert. Is it so wrong that instead for caring for the people, you fondly smile at the thought of Chimp Chimp?? LOL – 3/5

Okay, Speed Racer… just GO! Forget about Speed Racer, the blockbuster that you so need to watch these couple of weeks is Iron Man, which opened this weekend. Now that’s a movie you can probably sink you teeth into if you could actually eat a movie. I haven’t been excited about watching a blockbuster since I went to see The Bourne Ultimatum… and I haven’t been thrilled with a superhero film since~~ since I don’t know when. Probably somewhere in between X2, and Spiderman 2, but I could be wrong. 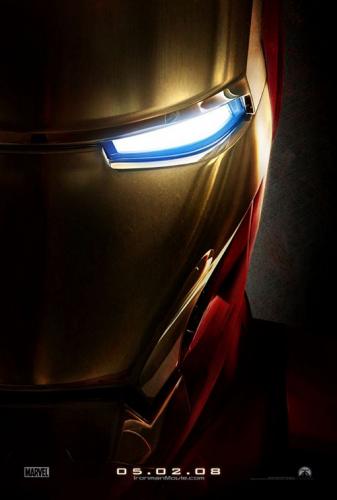 Iron Man is PACKED with action, which is only enhanced by the editing and pacing. And even with this action-packed, it still feels some balance between that, its acting, and its meat. Plus, it’s got funny moments, and shippy yet not-overly-romantic moments. Top-notch acting talent?? Pretty good, Gwyneth hasn’t looked this good in a while, and Robert Downey Jr. looks great as cocky multi-billionaire Tony Stark. And Jeff Bridges… he’s Jeff Bridges!!

Iron Man is amazingly looking, and I say top-notch visuals, plus toss and turns! Some people might end up dizzy, but you won’t probably end up having an epileptic attack after it.

Plus, for Popular Fans that are aware that Leslie Bibb is in it, you’ll be giggling to know that Bibb and Gwyneth… with all her Gwynethness, shared a scene. Now, if only Mary Cherry would’ve stopped by.

So, if you only watch one blockbuster a month… let it be Iron Man because you won’t be disappointed. TRUST. And if you watch one blockbuster every six months… come on! There are a couple of interesting blockbusters coming out this year! So go watch Iron Man too!! There’s an exception to every rule. And keep an eye on the Stan Lee cameo on this one! It was funny… Overall? 4/5