Changing the World One Pie and a Cookie at a Time

Just finished watching Stranger than Fiction. Fantastic film. I just thought I would share a couple of images with Maggie Gyllenhaal, as Ms. Pascal – the Cookie lady, the thoughts of warm cookies gave my stomach fuzzy feelings, reminded me of Waitress, starring Keri Russell.

So here’s to fuzziness! And changing the world with cookies and pies! 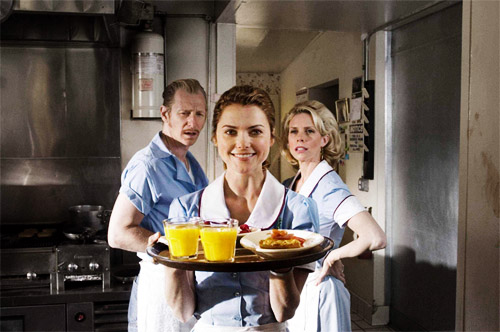 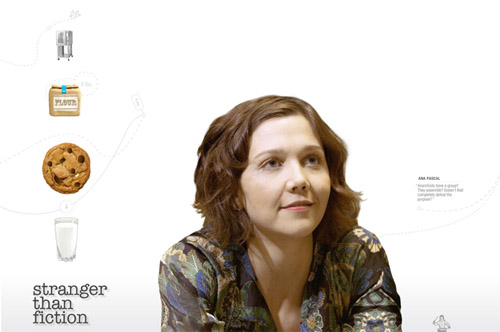 This is my friend’s Cookie Recipes. Some are in Chinese, though.

So had weird dreams once again. Does anyone know what this sequence means?

In This House, We Hate Vista

It’s official! My mom just bought herself a new computer, a HP in fact… and HP sucks. Always has sucked, and still sucks after devouring Compaq. Those will be 6hrs of my life that I will never get back… and what did I do? I installed an antivirus, a firewall, Firefox and Open Office. Yeh, that’s it. In 6 fucking long hours… because had to look for a driver for the printer, because Vista sucks balls. Still can’t make the stupid scanner work, because it’s way older than my printer, which I bought this year – my scanner is at least 5 years. But Windows Vista is so stupid that nothing is compatible, and you gotta make sure everything says “Vista Compatible” otherwise, you’re just asking for trouble.

And because HP is idiotic, they sell a 1GB desktop that runs Vista when its so un-fucking-believably slow.  How in the name of whoever’s-your-god did Microsoft come up with an OS that works like a Mac OS that uses double the RAM? I’m sensing an increase on Dell computers and Linux.

I like totally forgot to change the Music Player back in Nov… so goodbye Once More with Feeling OST, and bring on the New December Music ’07 list! This time around, the list includes Justice, St. Vincent, Chromeo, Pink Martini, Yael Naim, Los Campesinos!, and Kent – which were a few of the artists I could find on Deezer… Enjoy!

EDIT **December has been the bestest month for blogging, it’s Dec24 and we’ve got 24 posts! Yay! and a few more days to go**

German Lessons with Geri and Victoria

Too funny a video.

I think Victoria might be mashing her German with some Spanish, and says she’s intelligent x’D

Hahaha… anyway – too much language geekyness. If I keep at it, I might end up adding a German category. *tsk tsk*