Oh, The Memories of Home 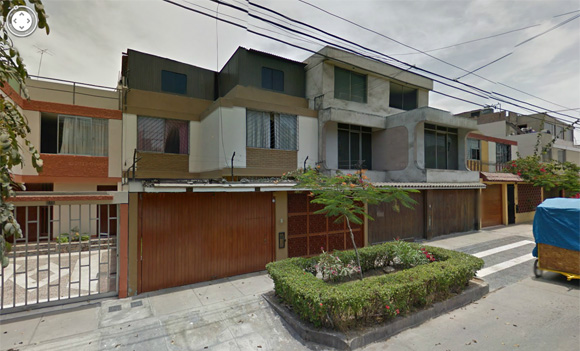 Google Maps has finally activated Street View in my city — mind you, it’s still a work in progress, and I’ve already encountered places I can’t access. But as anything Google Maps goes… I’ve already visited my current home, and of course my school. But the place I was most eager to check out was my old home. I still remember how to get there!

The market and the park are still there, and livelier than I remember them being. xD

I’ve had dreams of the house I used to live in… sometimes my mind added an extra room that shouldn’t be there, but for the most part I still remember what there used to be. The house used to be blue and red. Compared to how it is now, it looks like a faint memory. The metal fences didn’t use to be there, but I do remember having had strangers stepping on our roof to either cross over other people’s roofs or they were burglars.

My grandpa used to be in that window on the right — it’s the master bedroom and it had a gigantic closet with a door besides your regular sliding door. Because my grandpa didn’t need the extra door, he used to put a small single armchair to cover it. He also had a really REALLY old gigantic television that didn’t work, but he used as TV furniture for his more modern television haha

The ironing board, a table for ironed clothing, a metal hanger, a double bed, and a bunch of drawers… and there was still space for walking around. That’s how big that room was.

There was a full body mirror in the hallway, I wonder if it’s still up there. If the room next door has remained carpeted, or if the bathrooms in the house are still pale green and pale yellow (while the bathroom downstairs remains baby blue). If the room at the back left is still connected to the stairs in the back garden. I wonder if they have kept growing Chinese dates with their thorny trees that would perforate all the balls I used to get for Christmas or my Bday.

I used to go to the bodega around the corner and buy either a Golpe or a bottle of Inca Kola, despite my grandpa preferring a bottle of Coca Cola. We used to buy adoquines at the house in front of ours, where we also used to get our hair cut. I had my first bike crash on this street, when my cousin tried teaching me how to ride one, and he pushed me down the little slope leading me up the opposite slope straight into an electric pole. LOL

There was also a place where we used to get fresh mixed juice, which was exactly the house at the back of ours. We used to fly kites at the park around there, and play ball on this street or at the small football field in front of the market. My other cousin used to live a couple of blocks away from here, though I could barely recognize his house now.