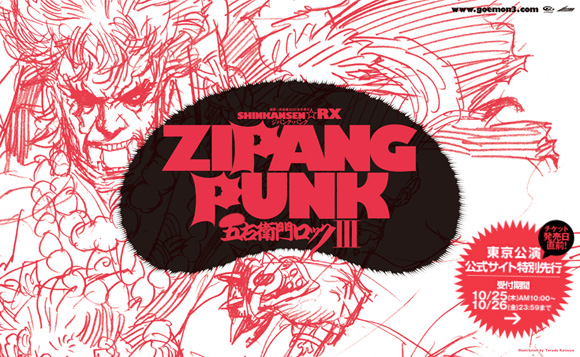 I ran into this story~ though I can’t be exactly sure about it, you know… with my Japanese sucking and all. But it seems like Yu-chan’s going to be on another play- called Zipang Punk Goemon ROKKU III (so it seems like it might be… a musical? LOL) A rock musical on the life of legend hero Goemon or something.

You can check the story on Geinou News Lounge, which is the source with the most text. Plus photos. I will be adding the show’s dates on the Yu Aoi calendar placed down down below, which had seemed rather empty lately.

If anyone else has more information on it, don’t be shy and share it in the comments :)