The Voice of China: My Top4

This is it. This is why I don’t follow reality TV contests, and this is my final posting on The Voice of China, which I had greatly enjoyed at the beginning for its variety in music styles.

But after a few episodes that tended to be on the frustrating side… I just… can’t take it any longer. I think the final is next episode (and Adam Lambert is supposed to be on). It was a good ride, but I do not wish to see the ending to this.

This is my line-up to the Top4: 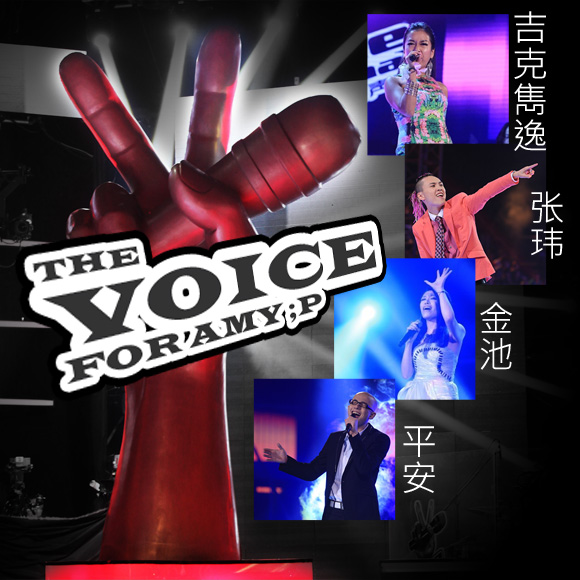 But according to Wiki (I know… not so reliable, but still…), Summer — even though she’s the only one that made it to the Top4 from my list — placed 3rd. And… just, no. No way. Reality check, please.

Zhang Wei, Jin Chi and Ping An eliminated??? I could maybe even fathom the idea that maybe… MAYBE Wang Yun Yi could be as vocally diverse as Jin Chi — and she  did beat her for just that ONE vote — but come on, in what world was Wu Mochou able to advance this much? Harlem Yu, Yu have a lot to explain. You are enemigo numero uno for my dad and me. LOL

And Yang Kun, how did Ping An’s standing-ovation performance of Queen’s We Are the Champions not make him immediately advance as the winner of the day??? He sang the song and did it justice, and he had BIG BIG shoes to fill with that one. And he sang it… he sang it for everyone and with conviction.

Indeed, Ping An. You guys are the champions. Please, keep on fighting to the end~