Another One Bites the Dust? 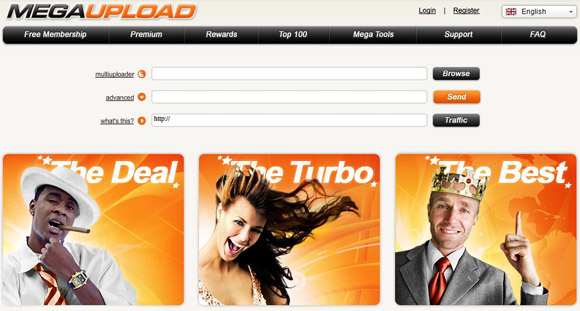 I don’t want to say it’s a sad SAD day, because I’m pretty sure there are so many worse things going on in the world right now, but I was pretty shocked to find this one out after my ISP was wonky and wouldn’t let me on Facebook and Twitter. I seriously could only use Google-based websites and the Chinese ones.

Anyway, Megaupload is dead. Or at least, dead for the moment. I wonder what people that had paid for premium accounts and had loads of files stored are going to do. It’s like… their lives are gone. PUFF! That’s it. I hope they have physical copies or other backup uploads.

Could you imagine the repercussions for all those file upload systems? So uploading your iTunes backups to dropbox would be ilegal, cloud systems wouldn’t really be possible, right?

And what about all those Blogger sites, WordPress and other websites that dedicate to it. Does it mean that all those sites are getting axed next?

Anyway, it always happens this way. A site gets shut down, it gets bought, or something happens to it. There’s people outcry, and we move on to the next thing.

20 responses to Another One Bites the Dust?