Or should I say scene? or situation?

Because, oh Principal Figgins! You do believe vampires are real! 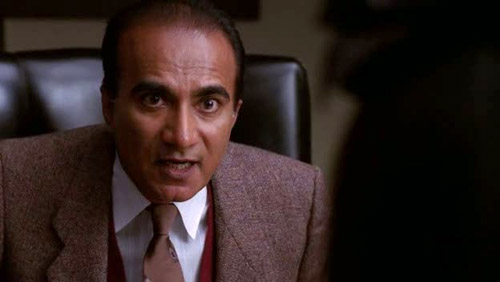 Principal Figgins: It has come to my attention that the look you [talking to Tina] sport is what is known as “Goth”. American teens are coming down with a serious case of Twilight Fever, transformed from normal children into vampires obssessed with the occult, and only yesterday this dark specter reared its head at McKinley High. 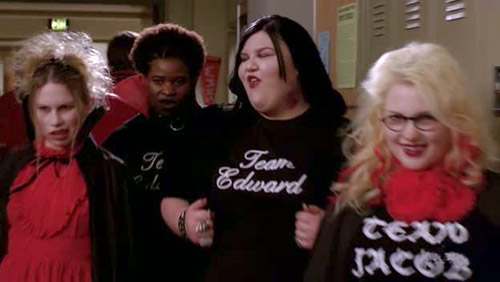 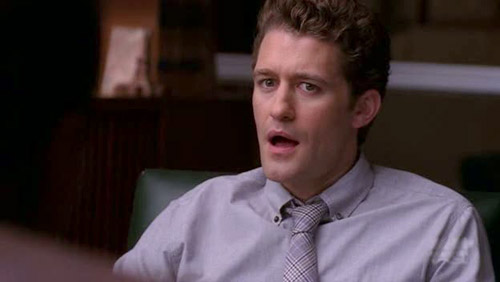 Will: I don’t mean to state the obvious, but you do know that vampires aren’t real, right? They don’t exist.

Tina: My parents won’t even let me watch Twilight. My mom says she thinks Kristen Stewart seems like a bitch. 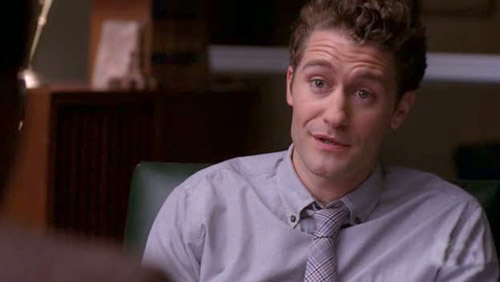 Will: When I was in high school, I had a whole year where I dressed exactly like Kurt Cobain. I mean, come on! There has to be someone whom you used to dress like.
Principal Figgins: Yes, for several years in my early 20s, I dressed up as Elvis, but he was a Christian, Will! And he did not possess the ability to transform into a bat! 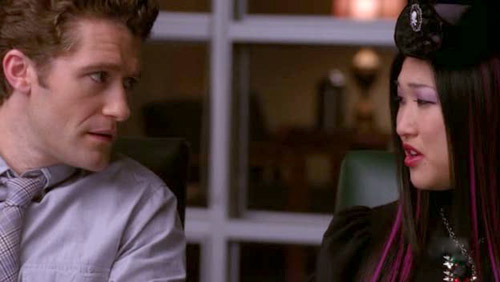 Tina: I think he thinks vampires are real.
Will: I think you’re right.

Principal Figgins: Studies have shown that a strict dress code fosters a safe and stable learning environment with fewer instances of gang violence and vampirism. So if I see you dressed in lezzie demon clothes again, Tina Cohen-Chang, you will be suspended!

And sorry… I HAVE TO add Tina’s vampire monologue because it was so funny. 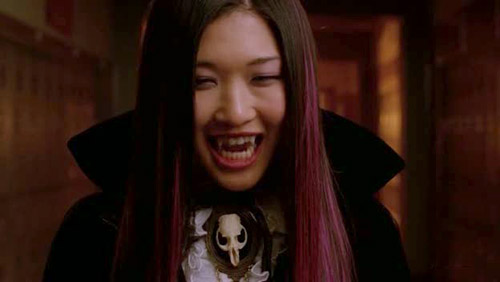 Tina: So here’s what’s gonna happen… my dad, he’s the king of the vampires, and Asian vampires are the most vicious of all the vampires. You’re going to let me wear my lady demon clothes or my dad will fly into your bedroom, and bite your face off. He’s really pissed. Is that what you want? 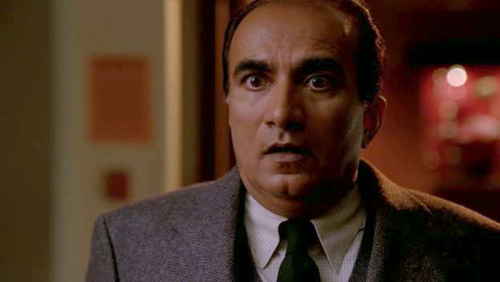 Principal Figgins: No, I don’t want that I’m afraid.
Tina: Good. I’m glad we had this talk. Now I have to go back to my coffin because the light is burning my eyes!