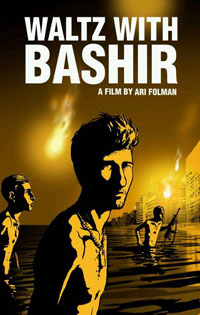 Korzacsol has some captures, and Tropical Toxic has posted some of the art used in the film. For those interested in seeing it, Film Independent will be screening it:

When: Dec 3rd at 7.30pm – first come, first served (waiting passes at 5pm)
Where: The Landmark – West Los Angeles
How Much: FREE (member + guest)
ONLY FOR FILM INDEPENDENT MEMBERS. 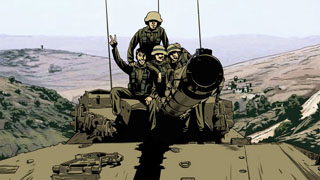 An animated documentary. Director brings to the screen his own experiences in the Israeli army 20 years ago. 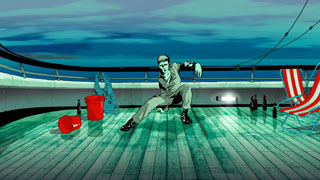 The vivid colors remind me of Metropolis (2001, animated film) 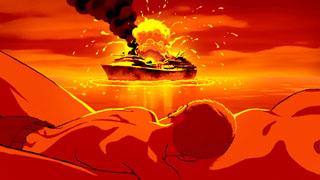 I would be interested to see how the blue/green palette changes to this one.