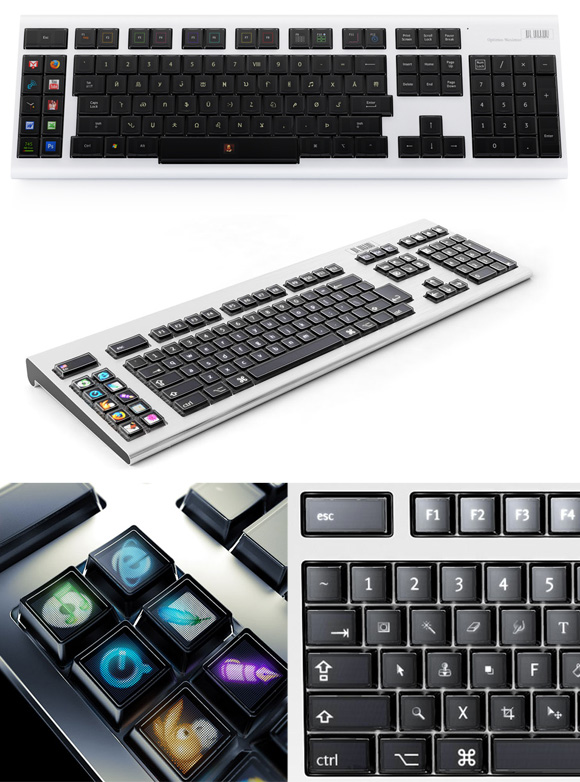 My main grip about Korean is that if I wanted to type it, I had to customize my keyboard so I knew which syllable was in which position, instead of typing gibberish the first time I tried to use it. LOL The same thing is happening with me and Russian. Every time I try to type something, I have to press every single key because I can’t find them. xD

So I was looking for a LED-based keyboard that would do just that. Change layout every time I would switch keyboard settings on my computer. And Apparently I wasn’t the only person in need of one (and I’m too late to the party). Someone pointed me towards Art. Lebedev Studio, who happened to be a studio based in Moscow, Kiev and New York.

Because only non-English speakers, or multilingual people would need to come up with this sort of gadget. The concept was solid, and apparently all the keyboards are sold-out, even though the “popularis” version (so the compact one) is priced at 797 Euros or $1086 USD. xD

The concept for the Tactus one looks cool, though, I’ve never warmed up to digital displays in the form of typing devices. I HATE typing on smartphones and tablets.