MTV Unplugged is Back with Vampire Weekend

What happened to MTV Unplugged anyway? It feels like it just went away. I do remember Alicia Keys and Maroon 5 had MTV Unplugged albums, right? Or was it only Keys? 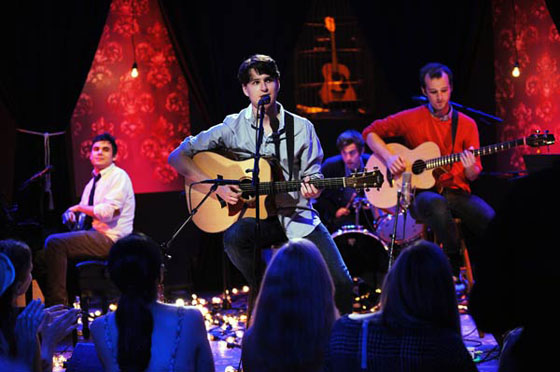 Does that mean they’re famous? I thought only famous… like household names had MTV Unplugged albums. I really liked Vampire Weekend’s debut, and their sound translates well on this unplugged scenario. But what’s missing? I guess I’m used to really different arrangements. As it it now, they just sound kind of the same.

Check out some clips (6 songs is a full show?) over at the MTV website.
* seems like the embedding didn’t work for me.