Nakashima is quickly turning into my Japanese sort of Tim-Burtonesque filmmaker stylist, in the way he uses rich visual enhancements to his storytelling – thanks to his background in CMs, and just found out and remembered watching this – He combines amazing color treatment, art direction, cinematography and mashes it all up with anything he can… be it a bit of violence, grandeur musical numbers, and animation. 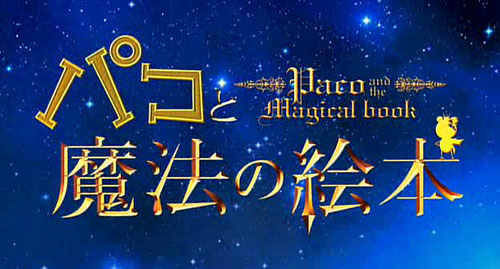 In the end, it isn’t much of a surprise when you begin watching Paco and the Magical Book and find yourself in a very Disney-nesque world (the film starts with a Lion-King-esque chant, literally) – after all, this is supposed to be aimed at a younger audience. However, don’t ever fool yourself thinking that this will dumb down anything that Tetsuya wants to show… which includes a punk-goth-tatooed-blond nurse (Anna Tsuchiya), a psychologically-insane-ex-child-star-bum (Satoshi Tsumabuki), a raging-drag-queen whom a lot of people are referring to as ‘gay’ (Jun Kunimura), and a blood-sucking-neck-biting-vampiresque nurse (Eiko Koike). And don’t forget the grumpy old man who doesn’t back down when hitting the kid (Koji Yakusho)… well, I actually laughed at that bit. Does that make me an asshole??

Yes, the film is nuts, but it’s worth watching. For international audience, it might not be recommended to watch with their kids, unless they are willing to read subtitles… because films like this should be enjoy in its original language. I still think is not as brilliant as Matsuko, but I will have to see it once more with proper subtitles to form a strong opinion. And man! Those CGI animated sequences… and the whole thing, like I said~~ dramatic comedy meets Disney on LSD. I think that’s the perfect description for Nakashima’s style.

I’ll leave you with some links,