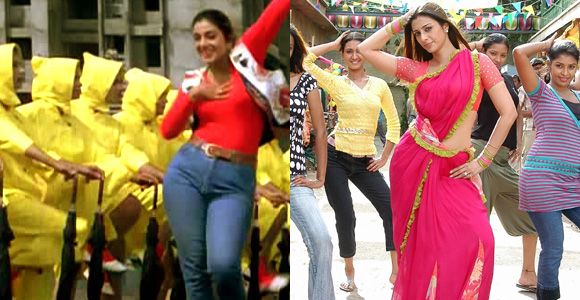 Tabu made a Telugu movie released in 2008 called Idhi Sangathi (sometimes romanized Idee Sangati or other variations without the ‘h’), which has been nearly impossible to locate even though Telugu movies are usually on YouTube (though sometimes dubbed in Hindi). In the case of this one, they haven’t even uploaded a single clip of any of the songs nor a trailer (in YouTube).

Tonight I expanded my searched, and found the song called Pattu Cheera Katti [clip], and it just brought memories of Tabu on Vijaypath doing her Ruk Ruk Ruk number, which is obviously all sorts of obvious over the top 90s.