Seoul, the city of tea houses~

On Saturday — the day I was having dinner with my friend, I went to some tea shop that reminded me of The Storyteller… or maybe it was Bilbo Baggins place, I can’t be sure.. but it was one of the most rustic places I had ever sipped tea at with it’s scribbled walls and wooden interior~ 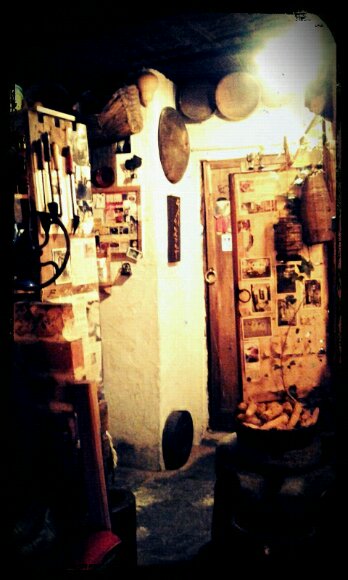 Today, I tried to go there because I wanted to have that same strong cinnamon iced tea I had, but the place was still close, so we ended up at a place called Shin Old Tea House~ The place was a super traditional one (we even took off our shoes) and the best thing to describe it would be saying that it reminded me of Osen.

The place had a wooden old traditional structure, and had an array of porcelain vases and other artifacts lying around… very picturesque~ had a lovely cup of citron hot tea that probably helped with my bizarre cold.

Tomorrow is my true last day in the city… then it’s heading back home. I’d still wished I had met that person…