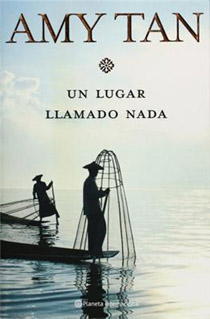 Titled in English as Saving Fish from Drowning (not the literal translation), Amy Tan tells the story of a group of American tourists traveling to Myanmar that are reported to have disappeared. Telling the story is Bibi Chen, the leader of the touring group who mysteriously died before the trip. Of course, Bibi is traveling with them and knows stuff before it happens because she’s a spirit.

I haven’t read such a bad book since I graduated high school. You know, when the school reading guides point what you should be reading, so you feel like you HAVE to read it. It’s a horrible way to read, and this book reminded me of that feeling. And it’s not like I hate the book because it’s over 600 pages — because kamisama knows I’ve read Order of the Phoenix 3 times when I was a Harry Potter fan, but the book combines a few elements that I hate…

1. your typical mindless tourist (especially the American ones) who think they know better than anyone. Case and point, Wendy who pretends to visit Myanmar “touring” while also talking to students and finding more against the Myanmar government. Not only is she endangering herself, but the people traveling with her and who have no idea she’s one of those self-righteous Human Rights defenders. If you don’t like the way the country handles itself, just don’t visit the country and don’t waste your money.

2. Irresponsible journalists who only care about selling the story, because that was Belinda’s intentions… to sell the story, win a Peabody and Emmys. Screw the lost tourist, the Myanmar Army can shoot them if they want, right? Even if they’re not with the rebels? I hate those self-righteous defenders of the truth, when all they can do is report the events subjectively.

3. I know people are stupid, but couldn’t the characters be more easy to relate to? By the time I wanted to care about people like Heidi, I just didn’t care. Harry was an idiot. From the moment they decided to ditch the official itinerary, I decided to ditch them. I said it out-loud, I hoped all of them died.

4. OBHWF effect. The ending was bad, like conveniently bad.

I mean I can’t remember (since finishing high school) reading a book that made me lose interesting so fast. I hated all the characters, they were pathetic, and whoever described this as a “comedy of errors” is certainly crazy. I would detest having to travel with this bunch of people. I mean, really? Peeing on the ruins? It’s stupid decision after stupid decision, and that’s the worse characters you could possibly have, unless you plan to kill them.

The book is over! But I still think you should have killed 85% of your characters.

By the by, that North American in Peru? She killed people, she should be sentenced to it as well… just so whichever of the characters who mentioned it knows.