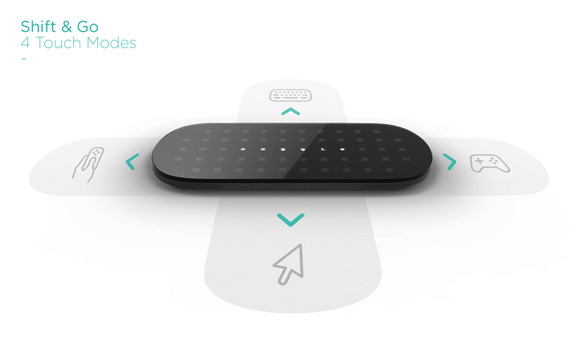 The Toggle Remote Concept from Carbon is interesting — and gotta admit, pretty slick… though with the use of motion to game, I’m not seeing people ever returning to gaming controls.

I find it hilarious, however, if this ends up as a real remote to use at home, because I just pictured my mother struggling to turn the tv on.

My mom’s side of the family (including myself) is… really interesting to say the least. I think of all the families I know, we (as a whole) are the least tech savvy I have seen — and this coming from someone who should be tech savvy. I mean, it hasn’t been long since my uncle installed Wi-Fi at home (and I just installed my own! LOL).

So while I had been reluctant to get a mobile since my last got stolen years and years ago, it’s interesting to note that none of my uncles or aunts in my mom’s side of the family actually owns a mobile. One of my uncle doesn’t even own his own landline! I’m the hermit who has taken up all those family traits. Since I spent so much time working online, it seems pointless for me to have something where people can localize me the extra few hours I’m not in front of the computer.

Then… I finally got a Galaxy Tab. A cheap one and old generation at that, but I’m too cheap to actually pay regular price for something I’m not fully gonna use – 1. for fear of getting mugged, and 2. why would I get a Galaxy Tab with a mobile service in the first place? LOL So I have a non-service Tab, which works for me alright since I get to use Wi-Fi (that’s why I finally set it up) and get to test out mobile browsing with it.

Returning to the topic of the remote – I can picture my mother (or my aunt or uncles) having a hard time with the concept. I don’t think my mother gets how her remote control for the LED TV works out yet… and she doesn’t even use it outside the cable decoder