When I translate things, I usually go from Spanish into English, so when I listened to (and obsessed a little) over Neil Patrick Harris at the Tonys, I thought that it’d be good practice for a quick English to Spanish translation exercise.

Lyrics in English taken from Playbill.com

END_OF_DOCUMENT_TOKEN_TO_BE_REPLACED

Is this the resurrection of Broadway?

Neil Patrick Harris just pulled off a massive introduction for last night’s show, not only including fellow show nominees, but they also included some snarky blow at Shia LaBeouf, whose theater scuffle made it outside Broadway circles. I have no idea about Broadway news and the who is who, but I knew about it. Go figure.

I know tickets have been down for Broadway shows- all shows across all media, I believe. So I hope last night’s award show boosts the popularity, because if the numbers keep going down, there’d be no place for…

There’s a kid in the middle of nowhere who’s sitting there living for Tony performances. Singing and flipping along with the Pippins and Wickeds and Kinkies, Matildas, and Mormonses. So I might reassure that kid, and do something to spur that kid. Cause I promise you all of us up here tonight. We were that kid.

I never thought I would see the day when Nicole Kidman would USAGI [1]. On a red carpet… posing for hundreds of red carpet photographers and for all of us to see. I LOVE IT. 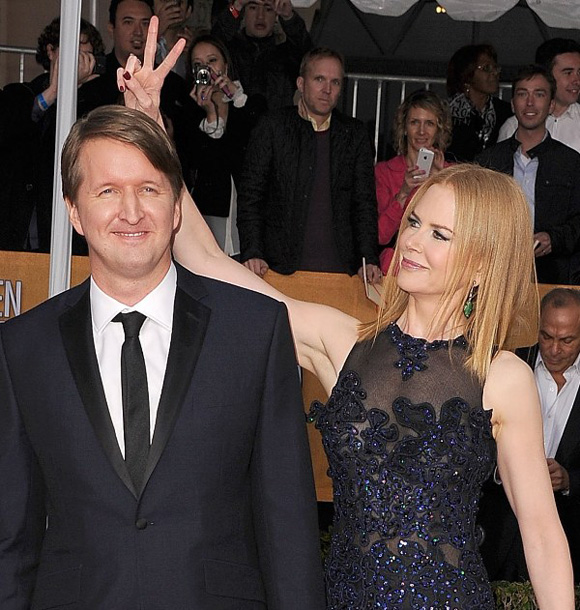 And Then I Went to Get a Sandwich

NBC is uploading things for posterity! (That’s a first!)

Despite missing the Globes last year. Tina and Amy were too much of a temptation to not watch, and it was worth it… even if they weren’t on the show longer instead of other insipid guests.