For the past week or so, I got into my Tabu movie journey and while watching Hawa, there was a particular shot that just struck me like a lightning bolt (pun!) and reminded me of Joan Crawford. 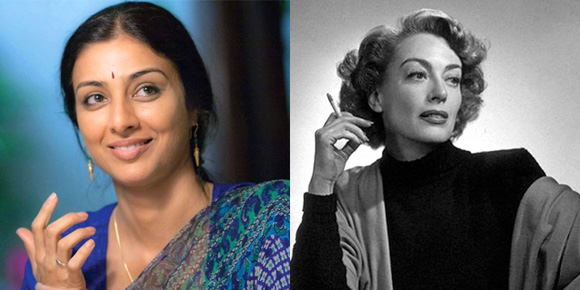 It’s a strong eyebrow thing (I have going on). Plus, Tabu’s got a nose with character (and the character to back it up). With her acting chops, she could totally pull off- let’s just skip The Women, coz I can’t picture a catty Indian version of that and just go straight into Crawford’s 40s- A Woman’s Face (or its En Kvinnas Ansikte version), Mildred Pierce (of course, I would love that), Humoresque, Possessed (1947), Daisy Kenyon, Flamingo Road, and The Damned Don’t Cry. Tabu is also at the perfect age.

The only thing about her that’s off is that… she doesn’t have the hunger for fame and power that I sense from Crawford.

Possessed and Mildred Pierce in contemporary Indian are topping my list.

… is getting ridiculously messy [1]. 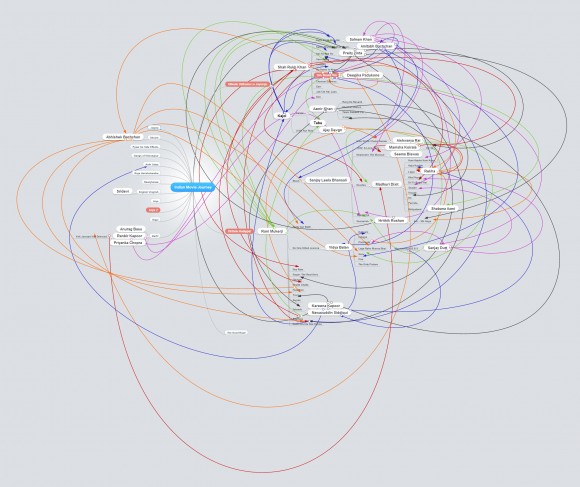 But I gotta admit I’m loving it.

So… the Ram-Leela thing didn’t pan out (boo hoo!). Instead, we’re getting Dhoom 3 for the New Year, so I gave Dhoom a watch. Without noticing (much) my life had also been inundated by Bachchan Jr., not that I mind much… I had a better first impression of him (I think it was in Yuva), than I did with Aamir Khan, as well as Kareena Kapoor. Poor the both of them, I hated them from the get go. However, I found that I kinda liked them together. Talaash was a good one, but they really reeled me in with 3 Idiots to the point that I don’t think I hate them any longer. I’d better avoid Aamir from most things pre-2006, though.

Besides getting acquainted with Vidya Balan — I’m on my third Kahaani re-watch and still loving it — as well as getting cozy with Madhuri Dixit’s filmography, I’ve been getting to know Sanjay Dutt, whom I totally thought was Salman Khan’s dad (from the Deewangi Deewangi number on Om Shanti Om). I was really REALLY surprised by the range of his acting, since I thought that he was gonna be one-note like the likes of Sylvester Stallone, Schwarzenegger, or Bruce Willis. I even found him endearing as Munna Bhai. I’ve never had that happened to me with any of them.

As for the rest? I like Preity Zinta more outside in the real world (interviews and maybe Twitter), Hrithik Roshan isn’t all that bad (and he’s super hot), and I still find SRK more endearing than cool (or anything else). I re-watched Life of Pi, and I’m super psyched about embarking on Tabu’s filmography, and I just found out (like a couple of hours ago) that Naseerudin Shah played Gandhi on Hey Ram. Totally gasped at that one.

I’m so totally game for the third Munna Bhai installment, excited for Dedh Ishqiya… and I don’t think I mind Dhoom or Don. I also daydreamed SRK made a Don-esque movie set in Hong Kong alongside Jackie Chan. I’d be totally game for that. I’d hate to see Jackie losing to him, though, so they should both play bad guys… or SRK should play good cops with him, even if that may result too much like a Rush Hour movie. It’s gotta be a serious funny action movie with them. 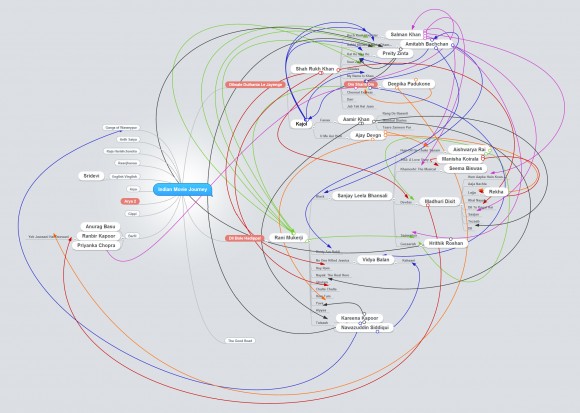 END_OF_DOCUMENT_TOKEN_TO_BE_REPLACED

Let’s give it up for Madhuri Dixit’s Eyebrows!

Ever since I saw Madhuri Dixit on Devdas, I was fascinated with her eyebrows because… well, BECAUSE!

Can you do that? HAVE YOU TRIED TO PULL THAT OFF? That’s a talent right there. And it seems to be her thing. I mean, I can move my eyebrows alright- one up and up the other goes, but it looks more like a look of mad confusion than the actual ease with which she uses.

END_OF_DOCUMENT_TOKEN_TO_BE_REPLACED

I Miss You So Much, Dad

Next week, it’s crazy, will be the first month my dad has been gone. Though the shock of losing him seemed to block my mourning for him, as the days have gone by, it’s been harder and harder. Specially this past Sunday. It was my fourth Sunday without seeing him… and I don’t get along with #4s. Today I woke up thinking that maybe I could hear his ringing my intercom the way he did so I knew it was him downstairs.

Music has been my blessing and my curse. It often distracts me from wandering into sad territory, but it also reminds me of him. “He would like this,” “I saw this with him,” my mind often thinks. Trying to make sense, over-thinking about it, it seems destiny has been sending me signals throughout the year. First through a Chinese Horoscope scare, and other little bits and pieces of mementos.

Father and daughter movies, songs being played at key moments and words left as token of peacefulness. The day before my father passed away, when he was in good spirits and I was visiting him, he said he had led a good life and that if he had to go, he could go tranquil. I didn’t know then that I wasn’t going to be able to give him a mix of his favorite group [1] to accompany in his hospital stay.

After my uneasiness started that day, I looked up at the sky and told my dad that if he had to let go, he could. Fifteen minutes later, I was informed of his cardiac arrest. It wasn’t more than 20min in the trauma room, when I knew that he’d decided to let go.

Luck will have it that I didn’t get to watch Talaash until after my father passed.

I feel the need to over-share so I don’t wallow in self-pity.