END_OF_DOCUMENT_TOKEN_TO_BE_REPLACED

To Watch Until They’re 35 – Anne Hathaway 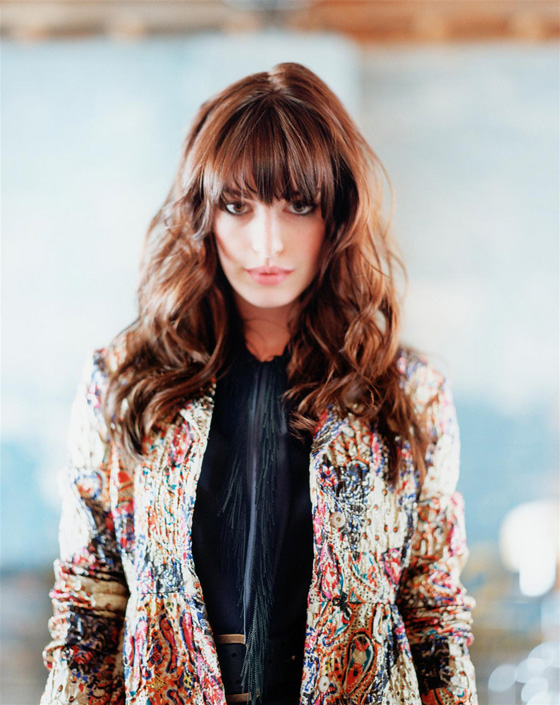 Born in Brooklyn, New York on November 12th 1982, this 27-year-old actress burst into the pop culture scene for playing Mia Termopolis in 2001 for Disney’s The Princess Diaries alongside Julie Andrews. Starting your career with a Disney would-be short-lived franchise isn’t bad, but it proved to be a tough image to shed when you wanted to be considered a serious actress. This is why Hathaway had roles on films like The Other Side of Heaven, and Nicholas Nickleby… though moving away from the “princess” image was a little difficult with roles like Ella on Ella Enchanted, and The Princess Diaries 2.

Lending her voice to Red (Riding-hood) on Hoodwinked! in 2005 didn’t do the trick, so Hathaway did what actresses who want to branch-off do, and pulled a 360 by participating on Havoc, the rated-R film of suburban troubled youth, though critically-panned, the film did seem to do the trick since she followed that up with films like Brokeback Mountain directed by Ang Lee with fellow the 20 to Watch Michelle Williams, Heath Ledger and Jake Gyllenhaal, and perhaps her biggest box office hit The Devil Wears Prada alongside Meryl Streep.

Suddenly, she was everywhere getting gigs playing Jane Austen on the film Becoming Jane with fellow the 20 to Watch James McAvoy, and giving a new face to Agent 99 on the film adaptation of the series Get Smart alongside Steve Carell, which gave her even more exposure to the masses. However, it was in 2008 when she received the most praise when she played Kym on the critically-acclaimed Rachel Getting Married for which she was nominated for the first time for Best Female Actress at the Oscar, as well as the Indie Spirits, Golden Globes and Screen Actors Guild. She even tied for a Best Actress win with Meryl at the Critics Choice Awards!

After that, yes. She followed that up with crap like Bride Wars and Valentine’s Day, so hopefully she’ll decide to be more choosy next time. Luckily, however, she made up for that by playing the White Queen on Tim Burton’s Alice in Wonderland.

Okay, not very exciting, but she’s got over half a dozen of films “in development” on her IMDbPro page, which I can’t access… unless you wanna buy me an account. No? I didn’t think so. One of those projects is bound to be good, right? Worth keeping an eye…

END_OF_DOCUMENT_TOKEN_TO_BE_REPLACED

There’s a new list posted on Hollywood News (?) showcasing their Top10 Actresses Under the Age of 30. My main problem with the list is how BROAD the meaning of “Under 30” really is. With that title, you could have included Dakota Fanning since she began acting.

Their list is pretty unsurprising… except for maybe #2, whom… well, I’ve already argued on why I didn’t include her name in my 20 to Watch list on a site comment. And to agree with some of the comments made in the list,

I think it’s time for me to get cracking on that new list of mine.

You know, the series following 20 Actors Between 20-25 to Watch until They’re 30, as well as The Ten 20-to-Watch Who Didn’t Make it. How is that for specific? Some of my choices made it to their Top10

So how about some comments on who to add?

Rules are:
– Must be an actress… or actor – doing both lists at the same time
– Between the ages of 25-30
– Mostly work for film [but some TV work is ok]
– Awarded is nice, but not really mandatory
– Can work in any film industry around the world
– Must have interesting film projects lined up for the next year or two.
– Franchises are nice too… but mixed up with indie film work.

Like in the previous list, ranking is a mix of popularity, critically-acclaimed projects, how interesting are their roles, project brands [collabs with who, or what franchises], etc etc.