What is this lady-boner that I got watching Frozen? I really liked The Princess and the Frog (despite Prince Naveen) and wasn’t much of a fan of Tangled (despite Mother Gothel)- Frozen, instead, achieves the perfect balance. And I love love love LOVE Elsa. AND I DIDN’T EVEN SEE the original audio, and I loved it.

Idina Menzel, though, wow. Vocal boner. I do kinda liked the Spanish latino version of the song, Libre Soy [1] performed by Carmen Sarahi, a little bit better in lyrics and meaning, but Menzel’s vocals take the song to unparalleled heights. Can’t wait to get to watch the original audio track.

Elsa… Elsa swings her hips when she walks! And she has a smirk! She feels and is in turmoil and doesn’t seek a man to fix her life. She wants to be left alone, but of course- all she needs is open up her heart to her sister! Of course I love it.

I wasn’t too enamored by Pixar’s Monsters University even though Monsters Inc. is one of my favorites (or maybe BECAUSE I liked that one so much?), but this clip of the Japanese-dubbed version popped up in my YouTube feed, and it’s just tenfold the cuteness that the original audio track was because- well, because Japan is so damn hardcore about their dubbing [2].

Plus, Disney (and as an extension, Pixar) are the kings of international dubs [1][2].

And they also do worldwide releases pretty okay. Except when Japan has to wait AGES to get some stuff — but serves them right, when they make us wait for everything they do for ages as well.

Who grew up watching the Street Fighter II series?

I used to tape this every afternoon because I was never on time from school, they used to show it after Gargoyles on Frecuencia Latina, and then after we got cable for the first time- actually a few years after that, I think — Cartoon Network Latin America got all big on showing anime series, and among the Inuyasha or Rurouni Kenshin episodes they used to broadcast, they also had some of this.

I remember they also used to show Sakura Card Captor and Corrector Yui [1, with latino audio].

Around that time, it was when I was trying to google this song online but back then it was nearly impossible to find song information if you had very little info, especially if you didn’t speak the language. I did eventually find that this song was called Kaze Fuiteru (aka. The Wind Blows, 風吹いてる – by Yuki Kuroda), and that my friend had a CD with songs that were anime themes that contained the track.

Of course, the Spanish version they did [1] is not as good as the original. But I’m glad that they at least kept the original music, instead of changing it to something “hard rock” like in the American broadcast. 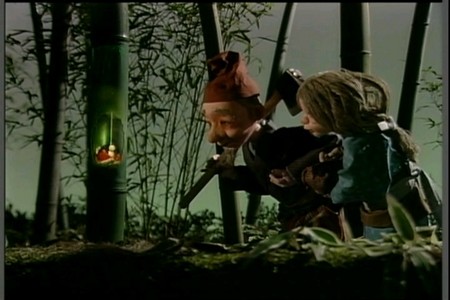 This is the first time I ever found the Japanese name of this show. Kodomo Ningyougekijou (こどもにんぎょう劇場) or Children’s Puppet Theater, known in Peru (and maybe Latin America) as Me lo Contaron en Japon.

END_OF_DOCUMENT_TOKEN_TO_BE_REPLACED

The commercials for Nintendo featuring Penelope Cruz and her sister work great. They still make me laugh. This one is still my favorite though;

Though, the other one with Mario Bros still has its charm. It’s also great to see that both versions in Spanish or English are difficult to pin-point which one was the original language. It doesn’t look like it’s been dubbed… or maybe it was shot twice, but it’s hard to tell if both version are slightly different.